When you're working on your laptop, music can either help or hurt your attention.  For me, 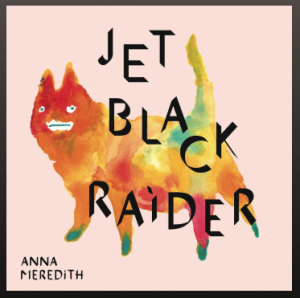 it's always felt better to have the TV in the background as music has generally interrupted my flow.

I've found exceptions to that rule - most notably, the soundtrack from the movie "The Social Network", created by Trent Reznor and Atticus Ross.  You remember the movie from 2010, chronicling the rise of Mark Zuckerberg and Facebook.

What makes for good music in the background to work to?  One word - "ambient".  Here's the definition of ambient music:

Trent Reznor and Atticus Ross created great ambient music for work with the soundtrack from "The Social Network".

Good news - I have another recommendation for music that's great for the background while you work - Anna Meredith.  Here's a description of who she is:

Anna Howard Meredith MBE (born 12 January 1978) is a British composer and performer of electronic and acoustic music. She is a former composer-in-residence with the BBC Scottish Symphony Orchestra and former PRS/RPS Composer in the House with Sinfonia ViVA.

In 2016, Meredith released her debut studio album, Varmints, to widespread critical acclaim. An electronica-based release, the album won the 2016 Scottish Album of the Year Award.

Meredith first came to widespread public attention through her work froms created for the 2008 BBC Last Night of the Proms which was broadcast to 40 million people. She has since written another BBC Prom commission, her first opera (Tarantula in Petrol Blue – with libretto by Philip Ridley) and collaborated with the beatboxer Shlomo – writing the Concerto for Beatboxer and Orchestra. Meredith has been a judge for BBC Young Musician of the Year, a mentor to Goldie for the TV show Classical Goldie and is a frequent guest and commentator for the BBC Proms and other BBC Radio 3 and 4 shows.

As an alt rock/hip hop guy, Anna Meredith would not ordinarily be on my radar , but I caught a fragment of one of her songs - Orca - in the background of the Paul Rudd Netflix series "Living with Yourself", which I also recommend.

Link to the Anna Meredith cut "Orca" here, spotify player below (email subscribers click through to see player). To check out the catalog of Anna Meredith, use this Spotify link. Posted at 07:48 AM in Communications, Innovation, Music | Permalink | Comments (0)

We've all got guilty pleasures that wouldn't stand up to the world's judgement.

Some of us watch shows on TV that we wouldn't want the world to know about. Others have browsing histories in Chrome that are Blink 182 is out with a new album and a new tour.  Of course, the hard core Blink fans out there in my readership question whether this is really Blink 182 - since they did it without founding singer-guitarist Tom DeLonge, who is apparently off researching UFOs. Blink subbed in Matt Skiba of Alkaline Trio, which is kind of like Mark Wahlberg subbing for a Steel Dragon legend in the movie Rock Star.

My point?  We've all got brands, and over time, those professional brands evolve. Every one of us has something that made us special, and for the most part, we had to hide some of what made us unique to conform to the cultures we had to live in at work.

Blink 182 is back to to their roots of what made them special with their new album. How do I know this?  Consider the first track on the record, which is 17 seconds long (email subscribers click through for video below):

Woo, woo
I wanna see some naked duuuuuuudes
That's why I built this poooooool

If there's one thing that has defined the Blink 182 brand, it was being hopelessly juvenile. My guess here after a bit of research is that the Blink 182 crew aren't gay but they're also not bigots.  They're just on brand of making fun of everything they can.  That's the case as California ends with another microsong, “Brohemian Rhapsody” (sure), whose lyrics, in full, are as follows: “There’s something about you / That I can’t quite put my finger in.”

This the same band that brought you the album title Enema of the State and broke onto the scene at the MTV music awards by performing "All The Small Things", complete with dozens of little people running around the stage.

These men will be boys.  You're judging me right now for writing this post.

As you do that, reflect on this: Whatever makes you special professional - the thing you've had to push to the background to get paid and make a living - would you be better off by bringing it back?  By letting your freak flag fly?

The reality is by doing that, you're limiting where you can earn a living - because most of the world wouldn't understand. But some of the world would get it, and it would probably make you much more valuable to those people.

It's OK to judge me for writing this post.  Just email me your Chrome browsing history and we're even.

Posted at 11:01 AM in Branding in HR, Communications, Music, Talent | Permalink | Comments (3)