Home Subscribe
Let's Look at Open Jobs + Unemployment Benefits Through the Lens of a Recruiting Department...
Geriatric Millennials: The Next Generation Slice That's Supposed to Change the World...

Remembering Facebook vs Google+: The Value of the Rally BHAG...

There's a lot of hate heading Facebook's way these days. But step away from the politics and the obvious corrosive, addictive drawbacks of social media, and you'll see a company that has fought like hell, got lucky at times and generally rallied the troops better than most around BHAGs (Big Hairy Audacious Goals). See this post for more on the value of a good BHAG.

BHAGs at Facebook include the move from campus focus to the general public, the move to mobile first and more.  But let's talk about one BHAG that most of us have forgot about.

Let's talk about Google Plus (or Google+) and remember the threat and the response. 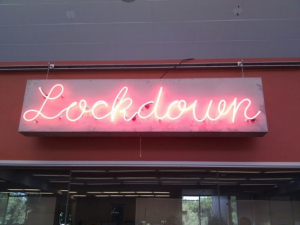 Google+ ------ Man, some kids don't even know what this was. Here's a definition of the social app launched by Google back in 2011:

Google+ (pronounced and sometimes written as Google Plus; sometimes called G+) was a social network owned and operated by Google. The network was launched on June 28, 2011, in an attempt to challenge other social networks, linking other Google products like Gmail, Google Drive, Blogger and YouTube. The service, Google's fourth foray into social networking, experienced strong growth in its initial years, although usage statistics varied, depending on how the service was defined.

Google+ was introduced in June 2011. Features included the ability to post photos and status updates to the stream or interest-based communities, group different types of relationships (rather than simply "friends") into Circles, a multi-person instant messaging, text and video chat called Hangouts, events, location tagging, and the ability to edit and upload photos to private cloud-based albums.

Google+ was shut down for business and personal use on April 2, 2019. Google+ continued to be available as "Google+ for G Suite".

Google+ was perceived as a huge threat inside Facebook when it launched. After all, many of us live our lives through the Google Suite, so it makes sense that a social network that liquified that usage was going to pop in a big way.

Mark Zukerberg, founder and CEO of Facebook, wasn't a great public speaker. But he took the mic during the all hands meeting that followed shortly after the LOCKDOWN sign was lit up. Here's how the scene was described in the book Chaos Monkeys:

"Rounding off another beaded string of platitudes, he changed gears and erupted with a burst of rhetoric referencing one of the ancient classics he had studied at Harvard and before. “You know, one of my favorite Roman orators ended every speech with the phrase Carthago delenda est. ‘Carthage must be destroyed.’ For some reason I think of that now.” He paused as a wave of laughter tore through the crowd.

The aforementioned orator was Cato the Elder, a noted Roman senator and inveigher against the Carthaginians, who clamored for the destruction of Rome’s great challenger in what became the Third Punic War. Reputedly, he ended every speech with that phrase, no matter the topic.

There's nothing more BHAG than a big ass sign that's the size of a family sedan that says "LOCKDOWN" and your CEO pointing at a competitor and saying, "Carthage Must Be Destroyed."  The internal PR team also went into BHAG mode as evidenced by another passage in Chaos Monkeys:

The Facebook Analog Research Laboratory jumped into action and produced a poster with CARTHAGO DELENDA EST splashed in imperative bold type beneath a stylized Roman centurion’s helmet. This was Facebook’s ministry of propaganda, and it was originally started with no official permission or budget, in an unused warehouse space. In many ways, it was the finest exemplar of Facebook values: irreverent yet bracing in its martial qualities.

The Carthago posters went up immediately all over the campus and were stolen almost as fast. It was announced that the cafés would be open over the weekends, and a proposal was seriously floated to have the shuttles from Palo Alto and San Francisco run on the weekends, too. This would make Facebook a fully seven-days-a-week company; by whatever means, employees were expected to be in and on duty. In what was perceived as a kindly concession to the few employees with families, it was also announced that families were welcome to visit on weekends and eat in the cafés, allowing the children to at least see Daddy (and, yes, it was mostly Daddy) on weekend afternoons.

And if you're skeptical of the value of a true BHAG moment like LOCKDOWN AND "Carthage Must Be Destroyed," that's cool. Just know it matters when the survival of your company is at question. The final passage I'll share from Chaos Monkeys talks about the difference in moods at Google versus Facebook:

Facebook was not f**king around. This was total war.

I decided to do some reconnaissance. En route to work one Sunday morning, I skipped the Palo Alto exit on the 101 and got off in Mountain View instead. Down Shoreline I went and into the sprawling Google campus. The multicolored Google logo was everywhere, and clunky Google-colored bikes littered the courtyards. I had visited friends here before and knew where to find the engineering buildings. I made my way there and contemplated the parking lot.

It was empty. Completely empty.

I got back on the 101 North and drove to Facebook.

At the California Avenue building, I had to hunt for a parking spot. The lot was full.

Was there any question who would come out on top?

In a time of crisis, BHAGs matter.

Thanks for sharing this article. The idea behind a BHAG is to develop a visionary goal that is strategic and emotionally compelling that helps align the team to work together toward extra-ordinary outcomes and or performance results.
https://www.hiresmart.com/blog/why-use-cognitive-ability-assessments-in-hiring

You will see a company that has fought like hell

After a long time, I have read some good content! Worth Sharing 🙂 Further, I’d like to add that you can get the best HR software recommendation at Technology Counter(A software and tech recommendation platform).

This is very helpful! Thank you so much for the nice article.