Home Subscribe
PODCAST with KD: Data Analysis on How Much Your Hiring Managers Suck at Interviewing...
Faking It vs. Being Authentic at Work: A Primer...(with Podcast after post)

If You Work From Home, How Bad Do You Miss the Commute?

I've been blessed to have mostly worked from home over the last 10 years. When I did commute weekly, it was a doozy - 3 hours, one overnight and then back the next evening.

And you know what? As hard and shitty as that commute was going in and out of the ATL, I miss it a bit. 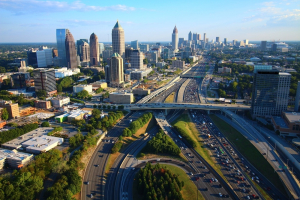 If you continue to work from home, who's going to help you with this intro or outro to your day (the commute) you'd never thought you'd miss?

How about Microsoft? Some of you just replied, STFU, right? I get it.

More from the Wall Street Journal:

"Microsoft's latest idea for Teams, though, may give many pause for thought.

As my colleague Mary-Jo Foley reported, one new feature of Teams -- coming in 2021 -- seems to be the Microsoft Virtual Commute.

I can already feel your shoulders rising toward your ears. Is Microsoft really going to make you sit on a virtual bus, while virtual passengers listen to actual loud music while cutting their virtual toenails? I very much hope not. The intentions here seem pure enough. This is an attempt by Microsoft to protect your mental health.

"The virtual commute feature is designed to help people mark the start and end of their working day, a more difficult prospect for those working at home."

It is, indeed, difficult as employers are taking liberties to squash the (remaining) liberties of employees. Microsoft itself discovered that more than half of company IMs were being sent between 6 pm and midnight. (And somewhere, Bill Gates smiles.)

I'd like to believe this, of course. But when I look at traffic jams at commute time -- they're building up again here in the Bay Area -- I worry that commutes tend to resonate with stress rather than its opposite.

More troubling, perhaps, is what Microsoft would actually like you to do during this virtual commute. Kamal Janardhan, general manager for workplace analytics and MyAnalytics at Microsoft 365, told the Journal that users will be asked to write a list of things they expect to accomplish during the day.

That's right. Microsoft's version of the end of day commute is to get you to build a list of s**t you have to get done the next day.

No podcast. No music. No personal calls to bitch and complain to a trusted friend.

Most of us working from home miss the unwind period of the end of day commute. We might not admit that automatically, but there's something about rolling in your car and doing whatever the hell you want for 30 minutes with your time.

No update to Teams is going to give you that release or freedom.

A good, relaxing commute does not have 2-Factor Authentication.

You can quote me on that.

I read this article and knew instantly that you'd post about it soon! We have similar takes: this isn't at all what I miss about my commute!

Travel writer wow what a cool job it was. This really suits to people who just loves to travel around the world. I too admire traveling but never wrote any stories on it. But I always express my journey through my articles and let all my visitors know about my travel.