Coaching Your Team on Responsiveness: Don't Focus on What's Fair, Focus on the Game...

If you're a manager of people, at some point you're going to get an escalation that sounds something like this: 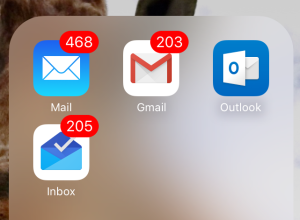 Boom. There's a lot packed into this, so let's examine what the concern is:

--You have an employee who is reportedly not responding to someone

--The assumption is this is a performance issue

--Is Rick a high performer or otherwise?

--Is Sharon (the one who is saying her emails and other messages are going unreturned) an external client or an internal teammate?

--What's the level of the internal teammate who's reporting to you the Rick is ignoring Sharon?

Anyway, there it is. The feedback that you have a direct report who's being non-responsive. If Rick is a low performer, the feedback is simple - do better, Rick!  Do you need training, Rick?  Let me tell you what good responsiveness looks like, Rick.

But if Rick is a good to great performer, that's where it gets dicey.

How do you tell a good to great performer, who is likely pretty responsive to most people, that someone has an issue with their responsiveness?

Simple - Don't make it about Rick (your employee in question). Make it about the world. The reality is that in a 24/7 world, if you're not responding within the hour, anyone can claim that you didn't get back to them.

Responsiveness is a game. When you get tied up and buried a bit, you allow the world to lay a narrative of being non-responsive at your feet, and if that's not how you live your life, that sucks.

So to any good to great performer who gets accused of being non-responsive (especially with anyone who is an external client), my advice is this:

1--Treat any request in your inbox as a ticking time bomb. You can say you're gong to get back to it, but you don't know when the bomb is scheduled to go off.

2--In most cases, all you have to do is acknowledge receipt of the message and set a general expectation that you'll get to it soon.

If you're coaching a good to great performing direct report on non-responsiveness, don't play to lose. You play to lose when you want to dig into the situation and micromanage their life.

Instead, play to win. Tell them any incoming request has the potential to turn into a call of non-responsiveness, and tell them the simple answer is to acknowledge receipt and put a general sense back to the party in question about when you're going to get the request.

The working world can be a shitty place at times. Play to win and use these thoughts when it comes to coaching on responsiveness.

Posted at 10:55 AM in Communications, Managing, Performance Management | Permalink | Comments (3)

As change is now a constant, the ability to drive it has become one of the most critical factors of modern leadership. So how do you earn the right to drive change? Find out here https://www.peoplehum.com/blog/earning-the-right-to-drive-change

I think there is a bit more fact-finding in the initial stages. There is the tendency of some to think that sitting on email all day and responding immediately to everything i 'being productive', when in really it is succumbing to a constant distraction from productive work.

There should be clear rules about responsiveness in the workplace, and people should be directed to handle such complaints directly first, rather than seek out management or HR. It may have been an honest oversight, but if it is a symptom of some other malaise, Rick and Sharon should be sorting that out to be more effective working together (assuming she's an internal resource).

Thanks for sharing. Our telecommunications technician is your local internet expert. And unlike IT techs and electricians, internet is our main focus.