Home Subscribe
HR Generalists (at all levels) Win By Adding Specialist Learning Paths to their Portfolio...
How Buffer Approaches Salary Transparency (It's Kind of Cool)

United Airlines Takes a Lawsuit Over Preferential Treatment of Blondes...

A rundown of the lawsuit appears below. Embedded in all of this is the perception of what customers want, the concept/definition of bias, and the obligation a company has across employment law when staffing decisions for premium assignments are made in a manner inconsistent with established norms. 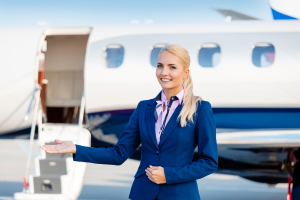 For years, attractive people (both female and male) have had an advantage in the workplace - that's documented through research. However, there are attractive people across all races and nationalities. Good luck to the organization/company in 2020 that identifies the "right" kind of attractiveness as belonging to young, white blonde females.

The answer to this for United is pretty simple. Work through the lawsuit and work with sports leagues (NBA, NFL, MLB and NHL) to ensure inclusivity. Trust me, those sports leagues don't want anything to do with media attention that suggests they're requesting the stereotype outlined below.

United Airlines Holdings Inc. packs its charter flights for sports teams with young, blond crews and bars older flight attendants from working the plum routes, according to a new lawsuit.

In so doing, the airline bases the value of workers “entirely on their racial and physical attributes, and stereotypical notions of sexual allure,” according to two veteran flight attendants who sued Friday in California.

The attendants -- a Black woman who has worked for the airline for 28 years and a Jewish woman with 34 years of tenure -- say that they both tried repeatedly and unsuccessfully to get assigned to work the charter flights.

United Airlines has contracts to provide air travel for some three dozen teams in the National Football League, Major League Baseball and National Collegiate Athletic Association, according to the lawsuit. Attendants who work those flights earn more and are provided with premium accommodations. They also sometimes get tickets to games, including playoff and Super Bowl tickets, and “extremely valuable” infield passes, according to the lawsuit.

Sharon Tesler and Kim Guillory said they were told by supervisors that they were unable to get work on the charters because they weren’t on “preferred” lists that were based on team preferences, according to the complaint.

They said they later discovered that young, white blond attendants -- with less seniority -- were given the assignments. United Airlines “has adopted and continues to implement procedures that are designed to ensure that young, white, blond/blue-eyed, female employees receive positions with the charter program, while more senior, and Black and Jewish employees such as plaintiffs, do not,” they said in the complaint.

The women are asking for monetary, including punitive, damages.

That's messy. The notes from Live and Let's Fly goes on to share that they've learned the average age of attendants on United charter flights is 46 years old, and United has a higher percentage of Black flight attendants in its sports team charter program than in its overall flight attendant population. Not sure of the source of that info.
It will be interesting to track this one.

Why, oh why, would anyone be a flight attendant for 30 years? Raise your hand if you have endured United's "friendly skies" with cabin crew that cut their teeth on the 727.

Thanks to flight attendant unions, smart motivated flight attendants who would like to see other parts of the company's operations can't move laterally into other work they may be interested in without losing their status. And before long they are earning too much for their transferable skill and education level to be able to change careers. So, like burned out middle-school history teachers, many of then phone it in for the last decade or two to get to that sweet pension...

Having said that, I hate when restaurants or bars "hire for hot." The service is usually poor, and it says something about how the establishment is being run too. But then I'm a middle-aged finance guy, not Dwight Howard...