By now, you're aware that hundreds or thousands of companies have announced that their white-collar jobs won't be returning to the office until 2021, and perhaps until a vaccine is approved, deployed and effective.

That means people working for those companies can work anywhere. Add that the densely populated cities were the first hotbeds of COVID infection, and you've got a recipe for a talent migration - individuals determining that this is a good time to leave coastal areas like NYC, the Bay Area and Los Angeles (click link for one of hundreds of reports). 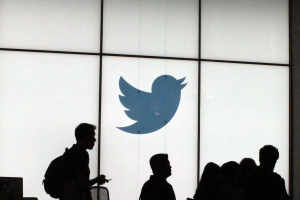 But as every HR pro knows, salaries offered via compensation plans get adjusted based on how much it costs to live in specific geographical areas. To no HR pro's surprise, that means companies at some point are going to adjust the compensation of people leaving areas like San Francisco for more remote areas where a 3-bedroom home doesn't cost 2-3 million.

Surprise! The process has started even at the most tech friendly (fair to say progressive) companies.  Last week, Twitter and VM Ware announced the plan to adjust salaries of those fleeing the Bay area was formally being rolled out. Here are some of the details via Bloomberg:

--VMware (NYSE:VMW) offered to let employees work from home permanently, but those who opt in and move out of the Bay Area will receive pay cuts. .

--The salary reductions depend on where the employee relocates. Denver, for example, would come with an 18% annual pay cut (San Diego, 8%), according to Bloomberg sources.

--Twitter (NYSE:TWTR) is using a similar strategy with its newly permanent employees, and Facebook is mulling adopting the compensation scheme.

--Twitter employees who move and lose pay will get a $3,000 one-time allowance

--VMware tells Bloomberg it adjusts pay depending on the "cost of labor" for the region and notes that employees moving to more expensive areas could receive raises.

Is this fair? The talent pros who have been around the block will undoubtedly say yes. After all, if you open up a software developer shop in Denver as a means of relieving recruiting pressure in SF, and your compensation plan tells you the cost of a developer is 98k instead of 120K, that guidance would drive the recruiting plan related to what you wanted to pay. You might use the range based on what you find in the market, but that guidance is there for a reason, and most of the delta is cost of living guidance.

As expected, the Twitter mob is losing its mind. It's unfair, another example of the man attempting to screw the little guy, etc.

It's actually just data and math, folks. And for the most part, it's 100% legit.

Having said that, booming markets where a bunch of California people flee to in order to escape oppressive state taxes (and whatever else they're fleeing from) can lag a bit related to what the best compensation surveys might show. Denver and Idaho are red hot, but 18% still seems in range if you're trying to escape San Francisco.  Austin is another hot location, which begs the question of state taxes (0% in Texas) being included in the calculus.

Of course, what's normal and customary is also an opportunity. Tech companies looking to grab talent could take the market position of "we're not reducing salaries for those who move!", and use it as a recruiting advantage.

But that would cause compression and resentment for those that remain, which is kind of what the whole geographic thing related to compensation was designed to handle in the first place.

Good luck with the move, Twitter people! May your W-2 remain robust and in conjunction with your locale...

Kris, since I once held a job and even had a boss, let me add a tax deduction and form to your latest WFH discussion: "Unreimbursed Employee Business Expenses."

The most popular has always been the cost of maintaining a home office when your employer does not provide you with a central one. In all the talk of WFH and companies renting less office space in the future, I have not read a word about them issuing the letters the IRS requires to deduct a home office -- while being a W-2 employee.

Nor companies directly paying employees for them!

So if they're gonna cut pay, let them start doing one or the other for all those new home offices. Dontja think?

I go back and forth on this a lot. One side of me agrees with the COLA approach but the other side says you should pay your talent what they are worth to YOU, regardless if they are sitting in your office or WFH/out of state/on a boat/etc..

Will be interesting to follow this as the WFH phenomena becomes more main stream (or not).

Bill - Yep, the action of issuing the letter you describe begs the bigger question - which is whether the company should be providing resources for WFH when they didn't pre-COVID. Most companies haven't addressed this, but a few have. I've seen BuzzFeed doing $125 per month for all home office related stuff until they make a decision on RTW - but not many have.

Thank you for sharing the information

I didn’t have any expectations concerning that title, but the more I was astonished. The author did a great job. I spent a few minutes reading and checking the facts. Everything is very clear and understandable. I like posts that fill in your knowledge gaps. This one is of the sort.