Home Subscribe
HR Leaders Are Increasingly Turning to Generalist Over Specialists (Best Hire Ever Podcast)
Authentic Leadership - Can You Define It? (Best Boss Ever Podcast with Lisa Higgins)

Why are we talking about company phones? Last week was a doozy as Amazon directed its employees to remove TikTok from company devices, only to take the request back later in 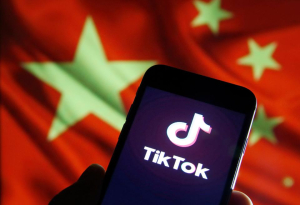 the same day. Wells Fargo came in behind Amazon and gave the same directive - and held to its guns.

TikTok is a concern because of data security concerns combined with the fact that it's a Chinese company. China has a long history of being rogue with all types of IP. You can expect that more companies will follow suit and direct their employees to remove TikTok from company devices.

But can we be real a second? Companies long ago transferred the financial responsibility for devices to employees. While a small percentage of employees have company provided devices, at the end of the "Blackberry" age companies began the march to the "bring your own device" world, where employees had access to company email and other apps on the device that they chose. My Gen X and old Millennial friends will remember in the 2010 timeframe when IT departments started allowing personal iPhones to be able to get corporate email.

And like that, the need to provide devices to employees was gone. The pitch went something like this: Your choice, we can give you a clunky ass company-owned Blackberry, or you can use your iPhone to pick up email. Some companies provided a stipend, but most did not.

Unintended consequence of that revolution - companies don't own the devices that are being used by employees in 90% of the workforce in America.

That means mandating TikTok being off phones goes something like this:

1--Companies mandate no Tiktok on device being used for company work (but that the employee owns), employees say yes (sounds unlikely)

2--Companies mandate no TikTok, and provide phones to a higher percentage of employees (unlikely due to cost)

3--Companies say if you won't remove TikTok from phone, you can't use company apps like Outlook (unlikely due to the hit on immediate response and productivity)

4--Companies look at the do-do bag of options above, do nothing about TikTok (ding, ding! Most likely outcome!)

We talked about this issue on the latest episode of HR Famous.  Take a quick listen below, see the time stamps on this issue shared below and while you're there, subscribe to our pod!

In episode 23 of The HR Famous Podcast, long-time HR leaders (and friends) Tim Sackett, Kris Dunn and Jessica Lee are back to discuss Jlee’s recent vacation, Tim’s new favorite shorts, different proposed plans for return to work bonuses, and privacy concerns about TikTok and other apps on company owned devices.

1:20 - Jlee is back from vacay! Jlee went on a working vacation to the beach and returned with a nice tan.

6:00 - Tim comes through with the much needed fashion advice. He says to check out Fair Harbor shorts! (Also, we’re open to a sponsorship!)

24:00 - Tim brings up the bitcoin hack on Twitter and privacy/security concerns on there as well. Although TikTok is a Chinese owned company, there is still risk coming from American owned companies like Twitter.

25:50 - KD discusses the differences in security issues on different kinds of devices or softwares. Tim brings up how many tech companies have allowed their employees to work on whatever operating system they’re most comfortable with and how there may be IT concerns surrounding that.

28:00 - KD asks Jlee if she thinks that people will delete TikTok from their personal mobile devices even though most people have other privacy sensitive information on their devices. Jlee thinks it’s not going to happen and says the only way employers could have complete control over the employee’s devices would have to be somewhat similar to government agencies that work with national security concerns.

30:00 - Tim discusses concerns over TikTok being a Chinese company and therefore, somewhat state-controlled. He thinks a solution may be getting a US owned TikTok alternative to replace the platform. Jlee is very sad about the potential outlawing of TikTok.

32:00 - Tim thinks that people should be allowed to have multiple logins on a phone like you can have on a laptop or a computer. KD thinks that companies should just pay for their employees to have their own company device to solve any security concerns.