Home Subscribe
Talking Politics As A Manager in 2020: The Advice Hasn't Changed...
What Are The Compensation Questions Your Managers Should Be Able to Answer?

Executive Coaches: When The Company Pays the Bills, Watch Out...

Let's say you're a rising star with a lot of potential, but a few things to work out. Your company finds you an executive coach, makes the introduction and pays the bills.

You probably need to be wary of who the coach works for. You'd be reasonable to ask that question, 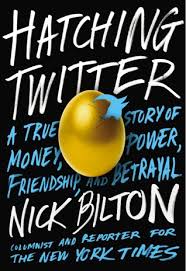 but also to dig into the details/expectations of when, where and how the coach would communicate on your progress to others at your company, noted issues you're working through, roadblocks and more.

Here's a great excerpt from a book I'm reading - Hatching Twitter: A True Story of Money, Power, Friendship, and Betrayal by Nick Bilton. In this excerpt, noted Silicon Valley Executive Coach Bill Campbell is noted as being his student's biggest booster...and carving him up behind the scenes.

Here's the excerpt detailing his coaching of Ev Willams, one of the founders of Twitter:

“He (Ev) held his weekly meetings with Campbell, receiving his boisterous pep talk. “You’re doing a f**king great job!” Campbell would bellow. At board meetings Campbell would appear to listen to Ev’s presentations on the state of the company. After Ev’s sermons were done, the coach would clap loudly and hug his protégé, proclaiming again to everyone in the room that Ev was “doing a f**king great job!” and asking them to clap (none of this was a usual occurrence in a corporate board meeting). Then, after Ev left the room, proud that his mentor thought he was doing such a great job, Campbell would shout at the group: “You gotta get rid of this f**king guy! He doesn’t know what the f**k he’s doing!””

LOL. Palace intrigue. It should be noted that Ev was matched with Campbell by a Twitter board member, and also that Campbell's Wikipedia page notes that he coached Jack Dorsey and Dick Costello at Twitter, but not Ev.

Who does the executive coach work for? Here's a hint: if you're not paying the coach and don't have clear rules of engagement on disclosure, the coach doesn't work for you. You might want to be a bit wary in those circumstances.

PS: Can I get an executive coach to stand up and get the applause going when I present in a normal conference room? THAT WOULD BE AWESOME, except for the part where he/she totally blades me when I leave the room.