Our economy during the COVID crisis has been a strange beast. The stock market rebounded in a strong way after dropping 35%, even though unemployment remains high. We're in a recession, and while the layoffs and furloughs have occurred, the federal government acted quickly and provided job-saving stimulus in the way of the Payroll Protection Act (for small businesses) and stimulus for entire industries like Airlines, Healthcare and more.

Those programs came with strings - namely that employment had to be protected to a large degree for a significant period of time, even if work wasn't available. As these protection periods end, we're looking at a lot of big company/big organization moves to potentially layoff tens of thousands of workers.

Case in point - United Airlines, which just submitted plans and documentation required via the WARN act to layoff as many as 36,000 workers, or half of its workforce. More from Business Insider: 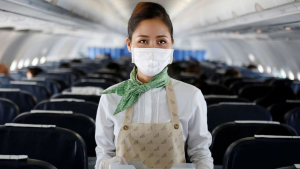 "United Airlines said on Wednesday that it would warn 36,000 frontline employees of potential furloughs and layoffs, representing about 38% of the company's workforce of 95,000.

Travel demand had begun to recover since April, when coronavirus lockdowns drove demand down as much as 97%, but the airline said demand fell again in recent weeks as virus cases spiked in several states.

The affected employees will receive Worker Adjustment and Retraining Notification Act notices, or WARN notices, this week, with a final notice about their status in early August. American Airlines began informing some employees of furloughs in late June.

While airlines are prohibited from furloughing or laying off workers until October 1 under the terms of the payroll support they received from the CARES Act, most employers are required to give 60 days of notice when possible under the WARN Act.

The airline said that not every worker who received a WARN notice would be impacted and that the final number would depend on how many more employees take voluntary leave and buyout packages, as well as whether demand makes an unexpected recovery by next month."

I think the federal government did a great job of getting stimulus out in the March/April time period. The longer this thing goes on, the less the government can do.

Posted at 06:01 AM in Economics, Employee Relations, Workplace | Permalink | Comments (0)