Home Subscribe
Authentic Leadership - Can You Define It? (Best Boss Ever Podcast with Lisa Higgins)
HR TROLLS: Thinking Unemployment on Steroids Means You Have a Compensation Problem...

Are You Willing to Hire "Athletes" Rather Than Specialists at Your Company?

First up, the term "athlete" in this post is meant to describe hiring those who are generally smart, intellectually curious, quick on their feet, learn quickly, are great communicators and have DNA for drive/initiative - rather than hiring someone with domain experience in a job as your first concern.

With that description in mind, do you and/or your company favor athletes over specialists? Sometimes? Never? In what circumstances? 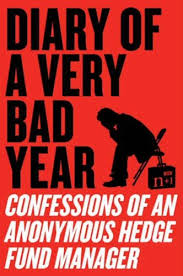 “HFM: I didn’t go to business school. I did not major in economics. I learned the old-fashioned way, by apprenticing to a very talented investor, so I wound up getting into the hedge fund business before I think many people knew what a hedge fund was. I’ve been doing it for over ten years. I’m sure today I would never get hired.
n + 1: Really?
HFM: Yeah, it would be impossible because I had no background, or I had a very exiguous background in finance. The guy who hired me always talked about hiring good intellectual athletes, people who were sort of mentally agile in an all-around way, and that the specifics of finance you could learn, which I think is true. But at the time, I mean, no hedge fund was really flooded with applicants, and that allowed him to let his mind range a little bit and consider different kinds of candidates. Today we have a recruiting group, and what do they do? They throw résumés at you, and it’s, like, one business school guy, one finance major after another, kids who, from the time they were twelve years old, were watching Jim Cramer and dreaming of working in a hedge fund. And I think in reality that probably they’re less likely to make good investors than people with sort of more interesting backgrounds.
n + 1: Why?
HFM: Because I think that in the end the way that you make a ton of money is calling paradigm shifts, and people who are real finance types, maybe they can work really well within the paradigm of a particular kind of market or a particular set of rules of the game—and you can make money doing that—but the people who make huge money, the George Soroses and Julian Robertsons of the world, they’re the people who can step back and see when the paradigm is going to shift, and I think that comes from having a broader experience, a little bit of a different approach to how you think about things.

When you think about hedge funds, the book quote above displays a common trend. In the early days of any industry or specialty, it's easier to hire the best athlete available, mainly because domain experience doesn't really exist or is generally unavailable. The industry is too young.

But as the industry matures, risk taking on new hires goes down - because candidates with domain experience are widely available.

We could all probably stand to hire more athletes who are capable of not only doing the job in question, but become an agile talent asset for the company. But just saying that you're open to hiring an athlete doesn't mean you'll have success.

For best results in hiring "athletes", you'll need to define what makes someone an athlete. You won't generally find that on a resume, you'll need an assessment package.  For me, a candidate would qualify as an athlete if they have a high cognitive capability, low rules orientation (because I want to throw them at anything I want, they can't be hung up on that), high details (drives execution) and great writing and verbal skills.

They'd also have to be familiar with the term, "fake it 'til you make it", which I think is the mindset of any "athlete" worth her salt as defined by this post.

What did I miss?