How long?
Not long
'Cause what you reap is what you sow.

--"Wake Up", Rage Against The Machine

Yes, I understand there's a higher authority than Rage Against The Machine to attribute this quote to, 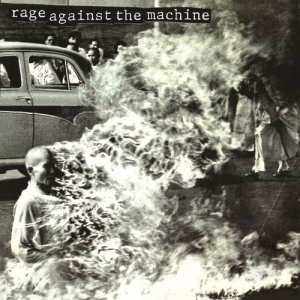 but when s**t's falling apart, you go with what you know best.

Let's start with the obvious. I'm white. My full name is Kristian Patrick Dunn, which on the white-o-meter lands somewhere between Jim from The Office and Conor McGregor. I'm becoming increasingly aware that my position is full of privilege and there's a bunch that I don't understand about what's going on and where we are at.

Although I wasn't born into wealth and come from hard working people, in relative terms I hit the birth lottery economically when and where I was born.

But Kent and Deanna Dunn (RIP, I miss you) didn't raise me to think any of this was OK. But my upbringing is part of the issue with white people of my ilk. We were raised in homes without a lot of direct conversation about racism, raised by good people who taught us to keep our head down, work hard, treat all with respect and things would work out.

That means people like me are not naturally vocal about what's ***ked up in our nation.

But enough of this b******t. When Minneapolis is burning, protests break out in dozens of cities and citizens are setting police cars on fire in front of the Atlanta HQ of CNN, it's time to have a take and look for change.

I can't add much to the conversation about race relations. I don't know enough, and I haven't experienced enough. It's better for me to listen and make sure we're talking about it in my house. But I know what evil looks like and that's probably the best way to start.

I'll start with the obvious. Can we please take bad people off the board in an expedited fashion?

One big change I'd like to see is expedited investigations and when necessary, expedited trials for specific types of lethal force used by our police forces. Simply put, it can't take months to figure out whether to charge someone and years to carry out the legal process when obviously wrongful deaths occur. We've got to fast track the entire process when outlandish (not all) deaths occur at the hands of the police. Make the penalties severe for cronyism that cause delays to put someone in the system. Make justice swift in these circumstances and make the penalties hard. Of course, police unions will be a barrier to reform.

Side note: Our police forces have impossible jobs and most are capable of great things. Need an example? The police force protecting the White House on Friday night held the line with little use of force, despite objects being thrown at them repeatedly and unspeakable things being shouted at them inches from their face.

No deaths. Very limited physical force. All the more reason to change the rules/laws and take bad cops off the board quickly.

(Yes, I'm aware of the videos showing the physical force over the weekend by police forces around the country. Sorry - I believe most police officers are good. Riots are hard.)

But reform related to expedited investigations/trials for police forces doesn't do enough to make justice as swift as we need it to be. We need similar reform for hate crimes, where people like Ahmaud Arbery get systematically tracked down vigilante style by terrible people and murdered.

Of course, someone reading this will ask me if we'll provide the same expedited process/trials for white victims. To that I say, "sure," but the last time I checked, it's not a white guy who gets tracked down by non-whites in a pickup truck or crushed to death by a cop's knee. I'm sure someone will give me stats that counter that statement. Remember, I said, "sure."

When I ask for an expedited process, I'm not asking for 10,000 cases into the process a year. I'm asking that we move to take the obvious outliers off the board, quickly and unapologetically.

The world doesn't need another panel on CNN/FOX/MSNBC or a White House/Speaker of the House press conference. We need our senators and representatives to come together, to the middle of the aisle, and do their job to get real change. Or course, that will take courage from both sides of the aisle.

I know that the people I'm talking about the need to fast-track have rights. Let's give them their rights, but modify the legal system so it happens in 10% of the time. We should fund whatever resources are needed to make that happen.

I don't know enough to speak intelligently about a lot of issues of race, so I'm going to listen and learn.

But I know what evil looks like and I want it gone. Quickly.