Home Subscribe
HR Book Review: The Office (The Untold Story of the Greatest Sitcom of the 2000s: An Oral History)...
The HR Famous Podcast: e20 - Adidas CHRO on the Ropes, SCOTUS Decision and Pronouns...

The Real Question In 2020 Is This: What's YOUR Platform?

2020 - It's been a bit of a year. As John Whitaker pointed out at Fistful of Talent, we know at the very least a 3rd large scale event is coming - the 2020 election in the United States.

Translation - the fatigue you feel, while real, isn't going to get better. This world is going to keep coming after you in 2020. The more you read and watch the news (which 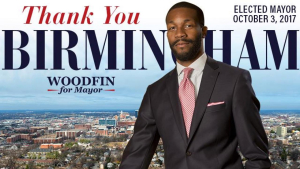 you should), the more conflicted, confused and angry you're going to get.

Which brings me to the point of this note about 2020:

Nope! I'm not talking about Democrat/Republican, left vs right, Washington Post vs The Wall Street Journal or anything that signifies sides.

Instead, I'm suggesting that if you feel fatigue, anger or hopelessness with how any major event or movement has left you feeling in 2020, turn off your phone (at least the data portion that powers your social apps and video), the news and everything else that's trying to get you to take a side (and potentially hate another side) and do the following:

Pull out a sheet of paper. Do 2 columns, one for COVID-19 (how we're doing the lockdown, RTW, etc) and one for George Floyd and everything that followed in the last three weeks.

Got your columns? Excellent. Now give me 5-10 bullet points on each and tell me how YOU feel about the issues. Really explore where you are at with those two issues.

I guarantee you that you're going to feel more at peace once you're done. Because instead of being manipulated by the various outlets that shoot opinion, point of views and at times, manipulation your way, you objectively listed where you were at on the issues.

And let's face it, establishing where YOU are at is the first step towards a better place, with any of the issues confronting us, and a better world.

I'll give you one piece of my platform - I like leaders who understand how to navigate the complexity of where we are, and I'll cross party lines (I'm a moderate Republican) to vote for good people doing good work.

Example - Birmingham (AL) mayor Randall Woodfin. Late in the first weekend of protests and riots nationally, Birmingham had its first major protest. Woodfin was present and, of course, allowed a peaceful protest and even permitted the group to go to Linn Park in downtown Birmingham and attempt to take down a huge statue with Confederate ties. When it became apparent that 10+ people would be crushed if the statue came down on the protesters, he got on the bullhorn and asked for 24 hours to get the statue down (knowing that the city was under order from the state not to bring down the statue from past years litigation, etc.).

The protesters OK'd Woodfin's request and started marching away. Then the group splintered, with rioters taking advantage and started tearing up downtown. Woodfin got on social media IN THE STREETS and said with perfect clarity, "last night of this - we're not tearing up our city."

But again, there's more. The next day, he got the statue down, and BTW, it was one of the first nationally to come down post-George Floyd, and certainly the first to be removed by a sitting mayor. PS- no more riots in Birmingham under the same mayor.

So a mayor in the party I don't automatically affiliate with had the following platform from my vantage point:

1--Allows Protest and actively supports cause.

4--Proactively took confederate symbols down, at risk of lawsuit from the state level. Because it was time.

5--Took the statue to an undisclosed location so neither extreme could get to it, so the legal process could take its course.

Leadership is hard. Conservatives knocked Woodfin for allowing the initial riots. Liberals knocked him for being harder on organizing protests once riots happened.

I watched and decided I had a lot of respect for how he handled a fluid situation and led as a result. Consequently, I'm more interested in everything else that is on his priority list in Birmingham, where I live.

It sounds like Randall Woodfin has his own platform.

Commenting and trolling on social media is easy. Leadership is hard.

I know this is a long post. But simply pulling out a figurative piece of paper and thinking about MY platform was helpful. It helped me cut out of the noise, and think about where I was at. Along the way, I became more open to the ideas of others, and found people like Randall Woodfin providing leadership during a difficult time.

I don't have a lot of answers in 2020. But I know most people in America (including you) are good.

If you're frustrated in 2020, turn off social and the news and take inventory of what your platform is on the big issues. When you do that, you'll find you have more in common with almost everyone around you, and we can build from there.

Good luck in the rest of 2020. I have to go, because apparently there's a huge saharan dust cloud coming to blanket where I live.

Posted at 10:16 AM in Change, Communications, Current Affairs | Permalink | Comments (1)

I appreciate the sage advice and the salient points you make in this blog post. It is important and can be cathartic to block out the noise and clearly objectively list your thoughts. Thanks for sharing.