Telling a Leader They're Wrong: A Survival Guide...

One of the trickiest parts of growing your career is the following:

The leaders you work for aren't always going to be right. 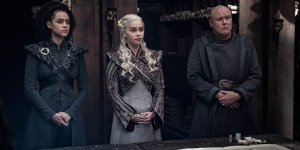 You're going to see that they are wrong from time to time.

You're got a choice - tell them or not?

If you tell them and don't nail the landing, you will hurt your career.

If you tell them and make them trust you, your career has no limit.

If you don't tell them, you're average like everyone else.

What do you do when a leader you work for is wrong, or at the very least, you've got a different opinion/perspective?

Your should tell a leader they are wrong as needed. But the key is finding a way to tell them they're wrong in a way that makes them trust you more.

There's a couple of great ways to do this:

1--There's a problem, but it's not you - it's them. This is the strategy that tells the leader he/she is wrong, but not because they made a miscalculation, but because someone else is screwing up. You have additional information they need to consider, and you want them to have the information because you're concerned the results might not be what they envisioned.

It's not the leader, it's them. You know, the stupid people.

2--You've got additional information, and you're sharing it because you've always got your leader's back. There's some stupid people doing stupid things. You're leader's plan won't work as well with these people screwing it up.

I've always got your back. I'm reporting that there are things in play that you might not control.

Your decision was f###ing brilliant. But the damn people with agendas are getting in the way. I'm here to make sure you have all the information and don't get hurt.

Of course, your leader may send you to fix the people/problem. But you didn't want to be average, which is why you're telling your leader he/she is wrong.

So go fix the problem. Congrats on not being average - or scared - like everyone else.