Meet Jim: A Questionable Performer, But Willing to Kill at a Moment's Notice...

You joined your company and as expected, it took you a year to figure out all the relationships. As you got acclimated, you understood Jim's title, who he reported to and more.

You just weren't sure what Jim did. 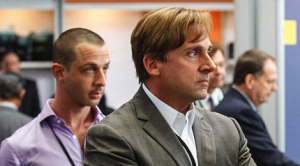 Another year went by. Then another. Then it came into focus.

Jim isn't good at a lot of things. But Mike, the exec he reports to, trusts him. And as it turns out, you finally figured out what Jim is good at.

Jim is ready to be dispatched at a moment's notice on behalf of Mike to handle ugliness that Mike wants no part of. Jim is willing to say the things Mike can't, to do things Mike doesn't want to do, to act as Mike's proxy when unpleasantness and nasty things are required.

Where's Jim today? Well, he really doesn't have to be "here" all the time because Mike needs him about once a quarter or 4X a year.  If you want urgency, you'll see it when Jim is called into action.  Jim understands his role. Jim is the fixer, the cleaner - the one who does the things.

He's tenacious. He's resented. He's also feared, because when people see engagement from Jim, it means Mike is looking to close some business.

Fear Jim. If he reaches out to you directly, there's a message attached to whatever he asks you to do.

Posted at 11:54 AM in Managing, Performance Management | Permalink | Comments (0)