Home Subscribe
In Defense of Not Broadcasting Salaries in the Jobs You Post...
"PET or THREAT": When Leaders Try to Formally Mentor Those Who Don't Want the Relationship...

Ask the Capitalist: "KD, I've Been Fired and Need Your Help"...

Heard from a great executive type in my network a few weeks ago. The story was a common one - this exec made a move, then figured out the culture, boss and job wasn't exactly as she had envisioned. As a result, she bounced out of the job voluntarily before she was fired, which she felt like was coming in short order.
The executive reached out to me and we met. I'm not a life coach, but I've got enough experience to be 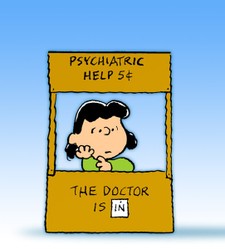 a career coach. After listening awhile, we said goodbye and I pledged to give her some notes on what I would do next if I were her.
Below is the counsel I gave her. I thought she had some work to do related to thinking about the target of her search before she could really start generating leads.
-----------------------------------
Hi Janice -
Great meeting with you last week. I'm confident you're gong to land just fine. Trust that my questions and comments about your moves from <Big Company Name> to <Small Company Name> to <a C-level role at Big Company >confirmed some of the things you felt as you exited your last role.
As for next steps, I think the biggest thing you have to do is get clarity about the role and work you want to do. Most of what we talked about was situational, and with that in mind, I don't know that I know what you want to do next.  You likely do, but in case you don't, here's what I think you need to have your head around to do an effective search for your next role:
The role - what do you want to do? (note, I look at the background, Finance degree and CFO role and automatically think finance, but many of your roles have been broader. What do you want the market to think of you as?
The company - what's your target company based on what you've learned across the last 3 companies?  It might be a target situation, such as an startup-type role in a larger company, but that's what the last big company said they wanted.  Still, you need a target, but a target that can be communicated to multiple types of companies of various sizes, etc.
The comp and to a lesser extent, the title.  The recent CFO role will scare some people off - because of the title, not the brevity.  You'll need to get your head around the types of roles you're willing to take and be ready to effectively communicate that to the market.  Think of comp first, then title second.
I would start there, then if you'd like, I can give you next level feedback on your search. You'll want to redo your linkedin profile to support the search target you describe above.
Ping me back with notes or we can set up a time to talk after you soak on these things, then I'm happy to help you think about the search strategy.
Thanks - KD
------------------------------------