Home Subscribe
How To Not Get Killed In A "What's Wrong" Focus Group At Your Company...
Unlimited Vacation vs. Remote Work: Who Wins?

You Probably Need This In Your D&I Stack: Microaggression Awareness...

Saw a social post last week from a friend in the HR Business that said a manager was providing performance feedback to an employee, and the employee told them they had used a microaggression. The manager didn't know what that was and had to look it up.

But that's why you have me. You know what a microaggression is even if you don't know it by name.  Here's the definition from Wikipedia: 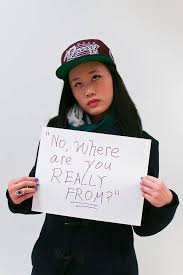 Microaggression is a term used for brief and commonplace daily verbal, behavioural, or environmental indignities, whether intentional or unintentional, that communicate hostile, derogatory, or negative prejudicial slights and insults toward any group, particularly culturally marginalized groups.[1] The term was coined by psychiatrist and Harvard University professor Chester M. Pierce in 1970 to describe insults and dismissals which he regularly witnessed non-black Americans inflicting on African Americans. By the early 21st century, use of the term was applied to the casual degradation of any socially marginalized group, including LGBT, people living in poverty, and people that are disabled.  Psychologist Derald Wing Sue defines microaggressions as "brief, everyday exchanges that send denigrating messages to certain individuals because of their group membership". The persons making the comments may be otherwise well-intentioned and unaware of the potential impact of their words.

A number of scholars and social commentators have critiqued the microaggression concept for its lack of scientific basis, over-reliance on subjective evidence, and promotion of psychological fragility. Critics argue that avoiding behaviours that one interprets as microaggressions restricts one's own freedom and causes emotional self-harm, and that employing authority figures to address microaggressions can lead to an atrophy of those skills needed to mediate one's own disputes.  Some argue that, because the term "microaggression" uses language connoting violence to describe verbal conduct, it can be (and is) abused to exaggerate harm, resulting in retribution and the elevation of victimhood.

You know - saying stupid ***t.  Need examples of Microaggressions?  I thought you'd never ask, click here for some doozies of the racial category.

When I think about microaggressions, I also think about some related factors - what is the intent and what's the relationship between the people involved?  As you look at the link above, there are some microaggressions listed that are never OK. But as you get away from that page and get into the gray area, it becomes murky.

Case in point, I'm attempting to limit my greeting of groups of people by saying, "Guys". I didn't try and limit this based on feedback, but on reading that some females were bothered by it. My struggle to improve in this area is real, and it's not helped by all the women in my life who walk into a room and say, "what's up, guys?"

My struggle. Not yours. But a good example of how seemingly accepted language can seep into the microaggression category.

At the end of the day, microaggression belongs somewhere in your D&I training stack.  I'd simply introduce the concept (I guarantee you that 80% of your people, maybe more, don't know what it is) and then list 20 potential questions, phrases, etc and have the team say yes/no - is this phrase or question a microaggression?

Some will be over the top, but a lot will be in the gray area and drive disagreement. But it's the dialog that others have from a training perspective that matters.

As soon as your folks discuss, awareness goes up.  And microaggressions automatically go down.

I worry that we've become too political correct, but microaggression awareness is worthy of attention inside your organization.