Home Subscribe
Trigger Warnings on Disney+...Could They Work for Managers?
Use This Quote When Convincing Someone to Decline An Offer From a Big Company...

WHEN THE BOSS BULLIES THE TEAM: METH, I'M ON IT...

By now, most of you have seen the anti-drug campaign coming out of South Dakota with ads that show regular people with one of two tag lines:

There's a lot of layers to the visual campaign, including:

1--South Dakota, like many states, has a huge Meth problem. 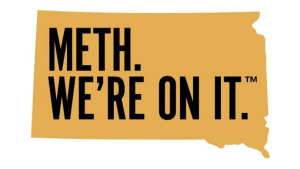 2--The ads show regular people. The assumption is that by being on "it", the people show are either using Meth and you don't know it, or the people shown are mobilizing to fight the epidemic.  A double entendre, perhaps.

3--When the campaign launched, there was laughter. Ridicule, even.

Here's some analysis from the Huffington Post. Take a look and I'll give you my take after the jump:

South Dakota’s governor on Monday unveiled what she considered a powerful new anti-drug campaign to combat the use of methamphetamine in the state. Now, TV spots, billboards, posters and a website featuring South Dakotans saying “Meth. We’re on it” is going viral ― for better or for worse.

Republican Gov. Kristi Noem launched the campaign to raise awareness about the meth epidemic in South Dakota. The state spent $450,000 for a Minnesota ad agency to come up with the slogan and campaign, reported the Argus Leader. Noem also requested more than $1 million in funding to support treatment services.

But the new slogan is being ridiculed by many and attacked on Twitter in viral hashtags.

Bill Pearce, assistant dean at the Haas School of Business at the University of California, Berkeley, criticized the campaign. “I’m sure South Dakota residents don’t like being laughed at. That’s what’s happening right now,” he told The Washington Post.

Noem defended the new slogan, saying all the uproar suggested the campaign was working. “Hey Twitter, the whole point of this ad campaign is to raise awareness. So I think that’s working,” she tweeted.

When I've brought this up to my friends and laughed about it, they've brought up a good point- if people are talking about it, isn't that the goal? Hasn't South Dakota already won with the coverage?

To that, I say, NO.  Somewhere in South Dakota, here's how the decision making process went:

2--The boss adopted the idea as her own and sponsored it HEAVILY.  The message was clear, "Meth, WERE ON IT, right? I love this idea", said the boss.

3--The underlings couldn't bring themselves to tell the boss what they really thought. As time passed, the stakes were higher. Costs were sunk.

4--The campaign launched and what everyone around the Boss thought happened. The state took a huge "L" and the mockings dramatically outweighed the benefit.

My friends, this is what happens when a leader has a reputation for having to have all the best ideas and operates as a non-collaborator.  When direct reports can't win debates and arguments - even when they are right - really bad decisions get though and big failure happens.

Was the campaign worth the attention? Ask the 2,000 families in the state that got a mock Christmas card of their family created by relatives outside the state. Their family is pictured, with the now famous font "Meth, We're On It" superimposed and distributed to 100 other people in the family outside the state of South Dakota.

Good times. But that leader got what She wanted - and for good effect, immediately requested 1M in funding for the epidemic, which is like you and me requesting $1 for help with our annual cost of health insurance.

Always ask and listen to your team. Give them a chance to help save you.

Posted at 06:34 AM in Communications, Leadership, Managing | Permalink | Comments (0)