BREAKING: Big Data Is Going to Tell Us Our Workforce is Hopelessly Flawed...

If you're a leader, you probably understand that the workplace is flawed. Whether you believe it is merely flawed or hopelessly flawed probably depends on your natural outlook and disposition.

Glass half-full? You know the workplace is flawed but you're confident we can make it better. Glass half-empty? You're jaded and shaking your head at what 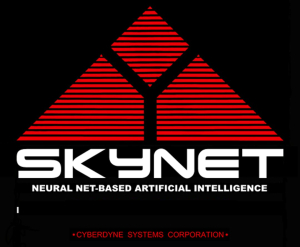 But there is one emerging trend that's going to make even the most optimistic, Ned-Flanders types incredibly jaded.

If you mine the data from the systems you have access to, you're going to see a lot of ugly humanity. The smarter we get about ways to mine data and automate observations/trends, the more access we're going to have to the underbelly of human nature at work. Once these systems advance to a certain level, the only thing saving us from becoming incredibly jaded is....a Concern for privacy.

Case in point - a company named Synergy Sky, which has the following mission:

Synergy SKY that can leverage data from sensors, behaviour and your calendar to make all meetings more efficient.

We make use of the smart sensors in Cisco Room Series and third-party sensors for all other meeting rooms to achieve smarter utilization of meeting resources, through features such as no-show detection and booking vs actual usage reports.

Daaaaaaamn. Here's a recent press release on a product from Synergy Sky called Synergy of Things. Enjoy the total commitment to full control and the need for perfect efficiency:

New data from meetings technology providers Synergy SKY reveals 10% of workers are regularly booking fake meetings into their diary to keep colleagues thinking they are busier than they really are.

The study conducted by Synergy SKY, who's meeting technology Synergy of Things tracks almost every possible conference call metric including “no-show detection” allowing managers to see stats on meeting attendance, reveals the average UK worker that books fake meetings is clocking up some 3 hours a week or over 150 hours a year in "fake meeting time". That works out at just over a whole month of deliberately wasted meeting-resources & time per year!

The study which analysed over 2500 meetings conducted via its software in 2019 was able to identify clusters of repeat meeting behaviour and it was on this basis Synergy SKY decided to conduct this study and uncover the truth.

Synergy SKY’s products Synergy Analyze and Synergy of Things were able to analyse over 2500 meetings and look at how many meetings were being booked but nobody was attending as the software tracks physical attendance through motion detection in meeting conference rooms and seamlessly synchronises with users personal calendars therefore allowing more insight into meeting events and workers schedules.

It's coming for all of us. There's going to be as much data as we want, and we're going to have to make decisions on what data matters and what doesn't. If you believe that fake meetings are a problem, you'll want this type of solution. Of course, what you do with that information and how you engage your organization with this access to data depends a lot on your values as a company or leader.

Put on your helmet folks, the privacy issues you've been exposed to are only the tip of the iceberg.