Home Subscribe
BREAKING: Big Data Is Going to Tell Us Our Workforce is Hopelessly Flawed...
Fake Hustle In Corporate America...

AWAY BAGS: When Your Horrible People Practices Turbocharge Sales...

They say there's no such thing as bad publicity. That might be true.

For proof, look to Away Travel, which is the maker of the ultra-hip and ultra-cool Away Suitcase.  It's a 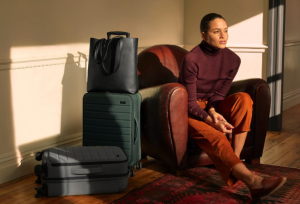 trendy product, but one that I had an only passing awareness of.

Of course, that's before the shit hit the fan. My awareness is incredible now - more on that later.

Many of your are aware of a scathing article about Away that published on The Verge, detailing a bullying culture based on the communication tool of Slack. The gist is this - Away promoted radical transparency and attempted to force all communication on the public tool that is Slack, and as a result, there was little to no privacy in communications. When a diverse set of employees tried to set up their own private Slack channel, a high ranking exec popped in to monitor/participate in the group, even though she didn't fit the diversity the group was based on.

A few days later, members of the group started being fired. The Verge article hit, and it was an internet sensation for a couple of days. If you want more detail about what's being called a toxic culture at Away, go read the Verge article now.

But I'm here to talk about what happened AFTER that article hit.  Here's the chain of events that I saw:

1.  Within days, CEO Steph Korey stepped down amid criticism of the ruthless internal culture at the luggage startup she co-founded.

3.  I listen to a pretty ruthless podcast called Pivot with Kara Swisher and Scott Galloway. They had Away on their list of things to talk about during the week it all broke. That wasn't going to go well for Away, because these two are ruthless with bad stuff at companies.

4.  Away didn't run. Instead, they leaned in and sponsored the podcast. I've never heard Away as a sponsor of this podcast, so I'm assuming they bought the ad rights to the episode that aired with their news.

5. Scott Galloway, one of the hosts, did a live read as a result - in his usual personality, having fun with it.  They had already made the call with the CEO, so the talk was more about the action the company took rather than the bad cultural stuff.

The lesson here? If you act quick enough (fire the people in question) and lean in to the coverage, you can actually create buzz around a product and turn the negative talk into a business opportunity.

Here's what I did after hearing the podcast -

If you run the right type of business, you might just end up with a boost to your business. While that's not a recommendation to bully people on Slack, it's a case study on how to react when bad stuff happens.

BONUS READING: A Guide to Away Bag Knockoffs on Amazon