Home Subscribe
The Tyranny of Accent Walls In Corporate America...
Video Interviewing: It's OK to Love It, Just Know S**t Will Probably Get Real...

New Research Show Income Gaps Are (at least partly) Due to Working More Than 40 Hours Per Week...

Hat tip to my homeboy Tim Sackett on the research cite below. Sacks must have crazy email subscriptions and Google alerts to mine this gold.

Cut and paste from Marginal Revolution appears below. 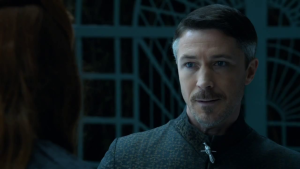 That is a new paper by J. Rodrigo Fuentes and Edward E. Leamer:

This paper provides theory and evidence that worker effort has played an important role in the increase in income inequality in the United States between 1980 and 2016. The theory suggests that a worker needs to exert effort enough to pay the rental value of the physical and human capital, thus high effort and high pay for jobs operating expensive capital. With that as a foundation, we use data from the ACS surveys in 1980 and 2016 to estimate Mincer equations for six different education levels that explain wage incomes as a function of weekly hours worked and other worker features. One finding is a decline in annual income for high school graduates for all hours worked per week. We argue that the sharp decline in manufacturing jobs forces down wages of those with high school degrees who have precious few high-effort opportunities outside of manufacturing. Another finding is that incomes rose only for those with advanced degrees and with weekly hours in excess of 40. We attribute this to the natural talent needed to make a computer deliver exceptional value and to the relative ease with which long hours can be chosen when working over the Internet.

Our good friend Kathy Rapp will be back later this week with analysis of the Microsoft 4-day work week pilot in Japan. While we can all agree that 4-day work weeks are awesome, can we also agree on the following points?

1--There's always going to be some maniacs who are incredibly talented and will work 6-7 days a week for decades.

2--Those maniacs will generally climb the corporate ladder and assume more wealth than similarly talented individuals who worked 40-45 hours a week.

3--There's always going to be some absolute grinders who don't have the natural talent cited in #1, but due to the fact they'll work themselves just shy of having a stroke, will achieve as much or more than the individuals with more talent that those cited in #2.

I'll leave you with this cite from the research above:

"Another finding is that incomes rose only for those with advanced degrees and with weekly hours in excess of 40. We attribute this to the natural talent needed to make a computer deliver exceptional value and to the relative ease with which long hours can be chosen when working over the Internet"

But work-life choices are everywhere.

My advice to my sons is to rack up the hours and advance as much as you can in the first 10 years of your career, then make some choices on work-life balance after you've kicked a little ass of the people listed in #2. You might be able to downshift by the time you're 35 and have a family if you do it right.

Don't assume because everyone agrees that work-life balance is good that everyone will opt in,
or that everyone is limited to 40 hours as productivity and performance is measured.

Littlefinger: "Chaos is a ladder."

The crazy talented/driven people described in #1: "The fascination with work-life balance makes me ever more special."

Good luck with the balance, folks.