Home Subscribe
Is What I'm About To Say Going To Blow Up In My Face? A Simple Guide...
9 Faces of HR Book Update: Is Salesforce Making Progress on Diversity Since Hiring a Chief Equality Officer?

Budget Season: Do You Have Any Ideal on Labor Costs By Project/Service?

It's budget season for a lot of us, and in addition to revenue projections, one American pastime is alive and well in the budget process, even in 2020.

You know it's true. If you're a leader in the field, you're attempting to load up the expense side of your budget as much as possible, often times because you may have no control 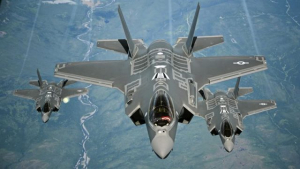 of the revenue targets that are handed to you.  You NEED that expense side to be as high as possible so you can slash it as needed in an effort to meet your EBITDA or Net Income number, even if you miss the crazy revenue target.

If expense loading is a game in budget season, guess what the favorite parlor game of all is during this time?

In most businesses, headcount is the biggest fixed (or is it unfixed) cost. The bigger the headcount budget, the bigger the pile of sand that can be used to make earnings if you miss revenue.

Which begs the following question:

Do You Have Any Ideal on Labor Costs By Project/Service at your Company?

While most of would say yes, that's a yes that we "kind of know" but can't give you "actual math".

I'm reminded of this fact by a conversation I had over the weekend. My son's a freshman in college and a Aerospace Engineering student. He started going down a rabbit hole of what it took to build an American Combat Aircraft.  As you might expect, numbers release are limited, but then he found this gem of an article on the production of America's latest generation fighter jet, the F-35:

The U.S. Government Accountability Office, better known as the GAO, has released a new report on the status of the F-35 program overall. One of the most interesting tidbits in the report was metrics on how many man hours of labor it takes to manufacture each type of F-35 and how those numbers have changed over time.

The chart below shows exactly how many labor hours are poured into constructing each F-35 variant on average. With the A model unsurprisingly being the lowest at 41,541 hours in 2017, the more complex B model taking 57,152 hours, and the carrier-capable C model coming in at 60,121 hours.

Then, they shared this chart, which shows how production labor costs have dropped over time with the F-35:

Using the standard 2,000 hours in a work year, that shows the highest value version of the F-35(c) actually takes 30 man years - just to deliver the airframe.  And it used to 50+ years!  Using either number, you can safely say it takes the equivalent of a worker's entire career/prime of career to deliver a F-35c.  Crazy.

The bigger point here for the budget season?  It's the fact that the smart finance pro in front of you - the one who is going to make the final decision on whether to cut the fat out of your headcount budget - is not only evaluating the sand in your numbers, he or she is asking for the numbers behind the numbers. The smart Finance pro asks questions about your assumptions and wants to know that you're a good steward of the headcount received.

All things being equal, they'll cut someone else's headcount numbers instead of yours - IF you can articulate how responsible you've been with the resources provided and how you're doing more with the same headcount.

Showing improvement in production costs over time like the F-35 program (you can do this even if you're delivering service rather than product) is good backup to have during budget season.

Good luck with the final budget meetings with Finance. May your sand continue to flow.