Home Subscribe
LEADERSHIP SIGNALS WEEK: Elizabeth Warren Sends a Signal on Values...
How To Know If Your Defined-Benefit Pension Plan Is In Trouble...

Capitalist Note: It's "Leadership Signals Week" here at the HR Capitalist, where I talk about things I've seen leaders communicate over the last couple of weeks that speak volumes about what they want their followers to think.

Communication matters if you're a leader. It's the most visible sign of what you believe, and it drives the intensity and beliefs of those that choose to follow you. Don't be fooled into thinking all communication is part of a formal plan. Some leadership signals are purposeful, others just happen organically.

This isn't a sports post. It's a post about the signals that leaders send when important team members 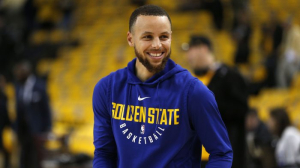 (unpopular to some or all in your company) decide to leave the company.

The history of the Golden State Warriors has a dramatic arc over the last 5 years. Led by the always likable and role-model worthy Curry, the Warriors won the 2015 NBA Championship, then reached the finals in 2016 - but lost to the Lebron James-led Cleveland Cavaliers. Along the way, Steph Curry was the NBA season MVP in 2015 and 2016.

Great success to be sure. But after the 2016 Finals loss, Golden State did the unthinkable, picking up another top five player in free agency - Kevin Durant. The roster addition of Durant resulted in two more titles in 2017 and 2018, before injuries resulted in a loss in the finals last summer (2019).

But along the way there was drama. Durant was known to be moody, petulant and hard to please. While the addition of top talent in Durant made the healthy version of the Warriors all but unbeatable, the work product wasn't the same as in 2015 and 2016.  Less sharing, less collaboration and less fun.  The business version? We're stronger than we've ever been as a company, but man, the old days were the glory days - and that executive sure is grumpy as hell.

Flash forward to late last summer, and Durant chose to leave the Warriors in free agency. This combined with other injuries and competitive pressures means the Warriors aren't the team they used to be.

But leadership signals are still important - so in the Warriors first preseason game (and first game without the moody Durant) in a new arena, Steph Curry sent the following message (email subscribers click through if you don't see the video below or click this link to get the video on Twitter):

Steph with the heat check 😂 pic.twitter.com/P3o1sUV6k6

The message? "The person that brought everyone down isn't here anymore. I'm in charge and work is about to become a lot more fun for you."

Curry's quote after the game: “That was choreographed since, like, yesterday. I was just going to shoot it. Christen Chase Center the right way. Obviously it went airball, but obviously I thought it was fitting to take a wild shot like that and get everybody excited.”

What Curry doesn't say is that there's zero chance he takes that shot if Durant is still a part of the team. Curry had a long history of trying to keep Durant engaged by deferring to him and making sure he felt like a leader the team needed. It wasn't enough - Durant was moody and difficult as a teammate.

Things that could happen in your company when a leader with low approval levels decides (or is asked) to leave:

--The old leader didn't like any music at any company function. First all-hands meeting, the leaders that take over blast Van Halen from the speakers.

--The old leader had a parking spot upfront. The leaders that take over turn that into an "employee of the week" parking spot.

--The old leader didn't like to participate in recognition activities. The leaders that take over do a recognition event within the first week. With music.

You get the vibe. When grumpy, unlikable leaders leave, a celebration of sorts might be in order.

Steph Curry sent a leadership signal with his first shot that win or lose, this season was going to be fun. Buckle up! Ding-Dong, the grumpy witch is dead took another job on the East Coast!