Capitalist Note: It's "Leadership Signals Week" here at the HR Capitalist, where I talk about things I've seen leaders communicate over the last couple of weeks that speak volumes about what they want their followers to think.

Communication matters if you're a leader. It's the most visible sign of what you believe, and it drives the intensity and beliefs of those that choose to follow you. Don't be fooled into thinking all communication is part of a formal plan. Some leadership signals are purposeful, others just happen organically.

This isn's a political post (I'm a moderate Republican for the record, in many ways an independent), but an analysis of a recent leadership signal by Warren.

So what leadership signal did Elizabeth Warren send to the world recently? She signaled that anyone that doesn't share her values will be ejected from her 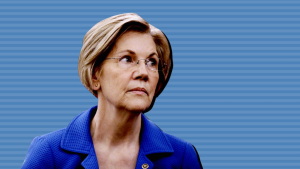 organization and the reason will be openly discussed. Before you cheer or jeer, let's analyze the signal and we'll discuss it length after this excerpt from Politico:

"Elizabeth Warren’s presidential campaign has fired its national organizing director, Rich McDaniel, after an investigation into allegations of what it called “inappropriate behavior.”

“Over the past two weeks, senior campaign leadership received multiple complaints regarding inappropriate behavior by Rich McDaniel,” campaign spokesperson Kristen Orthman said in a statement after an inquiry from POLITICO Friday morning. “Over the same time period, the campaign retained outside counsel to conduct an investigation. Based on the results of the investigation, the campaign determined that his reported conduct was inconsistent with its values and that he could not be a part of the campaign moving forward.”

In a statement, McDaniel said, "I have separated from the campaign and am no longer serving as National Organizing Director. I have tremendous respect for my colleagues despite any disagreements we may have had and believe departing at this time is in the best interest of both parties.

"I would never intentionally engage in any behavior inconsistent with the campaign or my own values. If others feel that I have, I understand it is important to listen even when you disagree. I wish the campaign and my colleagues well."

So what's the leadership signal sent here?  The real signal isn't a termination due to something that certainly seems harassment-related (most of us get that and would likely do the same if evidence warranted)- the real signal is the fact that Warren put the reason for the term openly and aggressively on display for the outside world.

I've written before about your options related to communicating reasons for terms to the rest of your organization.  Most of us aren't presidential candidates, but we still term people from time to time, and if we communicate that someone is no longer with the company, we generally just throw out a note of "separation" indicating that John Doe is no longer with the company, etc.

Under normal circumstances, the lack of detail that the employee is leaving for another opportunity signals the fact that the term was for some type of cause. But, if you fired the person for a good reason and the company is better off without them, communicating in this type of fashion is a bit of a missed opportunity.

By putting the detail for the term out to the media, Elizabeth Warren sending an extreme signal.  The signal here is not just that "those who don't match my values won't be allowed to work in this organization", but that "I will aggressive eject and tell the team why I made this call in clear terms".

Of course, the cynics will say that this termination/ejection is good for her campaign. Maybe. You never want to term someone for the reasons stated, but doing so and communicating the reason with such clarity does send signals to her voter base.

But we all have a decision to make when terming folks who fall short (in a variety of ways) of our value structure. How do we communicate? Making the decision to fire fast when you see a values gap is a good leadership signal. Many in your organization will understand without you saying more.

Communicating the reason for the term in more specific fashion to your base (for most of us, that's not voters, it's employees) is going hard in the paint.

It's either genius or incredible tone deaf - I waffle. But it's a clear leadership signal, and that's what this series is about.