Home Subscribe
Here's What Job Security/Being Untouchable/Arrogance as a Leader Looks Like...
Is What I'm About To Say Going To Blow Up In My Face? A Simple Guide...

The Movie "JOKER" is a Story about You, Me and Our Complete Lack of Empathy...

With all the workplace and school violence in our world over the last decade, I've picked up on a theme from a few deep thinkers - from students and employees alike.  The chilling wisdom goes something like this:

"I go out of my way to talk to Ricky. When he comes to the school with a bag of guns, I want him to look at me and keep walking."

"I always talk to Nick. He's going to get fired and there's a 50/50 chance he's coming back to take some people out. If that happens, I think he'll let me go."

Crazy, but real. The probability players among us are treating individuals they think are prone to violence differently, planning for a day we all hope will never come to our 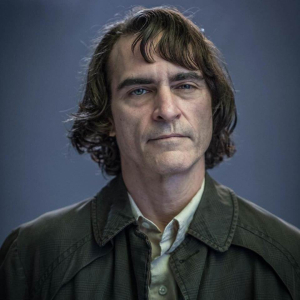 They see someone struggling, and perhaps left behind or given up on by most. They aren't giving real engagement/friendship, but instead performing some type of risk management by acknowledging them by saying hello, sharing a laugh or pretending to be interested.

Is that empathy for those on the outside looking in?  No. But it's a start that might actually result in a conversation or two that leads to real empathy.

These quotes are the first thing I thought of as I watched JOKER starring Joaquin Phoenix last weekend. It's clear that the character played by Phoenix (Arthur Fleck) suffers from mental health issues. The origin story of the Joker, future nemesis of Batman, tracks Fleck through hardship after hardship in the early 1980s.  It's a hard watch as he struggles with mental illness, his treatment by others and ultimately turns to the dark side.

The villain doesn't come out until the movie is almost over.

Let that sink in for a second. A movie - even one as committed to telling a deep story like Joker - can only show you 15-16 meaningful interactions, which generally lead to a good place or a bad place.

In real life, that's more like five thousand negative interactions that a struggling individual has before he turns to violence, goes in cave of depression/addiction or take his own life.

I'm pretty good at holding doors open for people. Like most of you, I kind of suck when it comes to people who don't fit in. I don't do enough to make people who are struggling feel better about themselves.

When you see someone on the outside looking in, empathy and connection is really the only answer. We can have the usual conversations after negative events about drugs, guns, etc. - or we could slow down, reduce our anxiety and try and connect long before those things occur.

I recommend Joker as a movie, but not because the story is a great tale of how a super villain came to be.

The story is about you and me, and the lost opportunities that are everywhere around us.

We gotta do better.