How To Know If Your Defined-Benefit Pension Plan Is In Trouble...

I'm not an expert on pension plan funding. But if you're relying on a pension in retirement, you might want to take a look at what % of obligations are funded currently in your pension plan.

Why would I say that? Because while I'm no expert, I can tell you when your pension plan is in trouble. Here's how you know: 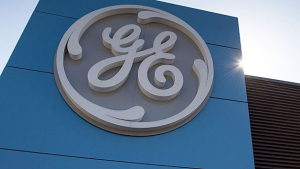 You know your pension plan is in trouble when your company announces they're freezing pension benefits, IN THE MIDDLE OF THE BIGGEST ECONOMIC EXPANSION IN HISTORY.

"General Electric Co. GE +0.06% said it was freezing its pension plan for about 20,000 U.S. workers and offering pension buyouts to 100,000 former employees, as the conglomerate joins the ranks of U.S. companies phasing out a guaranteed retirement.

GE’s traditional pension and post-employment benefits programs, which were underfunded by $27 billion as of the end of 2018, are one of the company’s biggest liabilities. The company said the latest changes could reduce its pension deficit by as much as $8 billion.

GE is still responsible for lifetime payments to more than 600,000 retirees, workers and beneficiaries. The latest changes won’t affect retirees or others already receiving pension payments.

The company’s pension plan is the second largest by projected obligations, only behind International Business Machines Corp.’s,according to consulting firm Milliman Inc., which compiles data on the 100 U.S. public companies with the largest pension plans.

GE had funded 76% of its projected pension obligations at the end of 2018, according to Milliman, compared with 91% funded at IBM. The median funding level was 89% for the group.

Man. While freezing pension plans has become a common technique to reduce risks and shrink corporate balance sheets, when you're doing it in the middle of the biggest expansion in history, you kind of know you're screwed.

Let's do story time and look at another classic buy high, sell low type of investment fund for the common good.

My state has a Prepaid Affordable College Tuition program, created by the Legislature in 1989 and managed by the state treasurer. It almost collapsed during the last recession. Imagine the Dow at 14,000 in early 2007. Well, that investment group was struggling to meet the member requirements in 2007, and the Dow went to 7,000 during the recession, at which time they exited securities and went to a cash position. Buy high, sell low.  Great work, team! That decision combined with sharp tuition increases (healthcare costs as a comparison in a pension, anyone?) caused the fund to go insolvent and require a state bailout.

The point? If you're freezing pensions at the Apex of the market and the biggest expansion is history, sh#t's going to get real in even a moderate recession of any length.

Posted at 09:35 AM in Benefits, Compensation, Employee Relations | Permalink | Comments (0)