The 5 Ways You Intimidate People Without Directly Threatening Them...

I know - that post title feels ugly, dirty and any other identifier you want to put on it. But yet here we are - in the workplace, trying to do things the right way but under siege by the nature of humanity.

The art of influence has been covered by many people smarter than me.  But like you, I'm a student of the game as people attempt to get things done in the 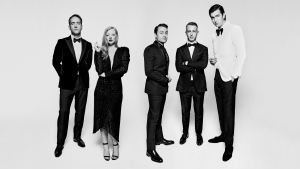 workplace inside your company, an environment that's harder to navigate the bigger and more complex it gets.

This post title could easily say, "influence" rather than "intimidate", but that's just a nicer word for what's usually going on.  Your covert actions as a person of influence (at any level, but certainly the power is greater the higher up the org chart you go) make people see shadows and take actions based on attempts to read the tea leaves, your intent as a leader and more - without ever having a conversation with you.

I'm watching Succession on HBO (highly recommended), so maybe that's influencing me to think about this with this framing.

Here's my 5 ways you intimidate people and get them to take action without directly threatening them:

1--Say nothing. Given the circumstances, you should say something. Yet you fail to seek out the person in question and fail to address the issue at hand, even when you're having a 1/1 conversation with them.  Sometimes it's the awkward silence that matters most.

3--Show favor and affection to others and make a public display of it.  Who's up? Who's down? Who are you taking to lunch?  If there was a scoreboard, somebody would be falling from the top spot. How far will they fall? Only you know.

4--Talk openly and honestly about outcomes that don't match the needs of your subject, without addressing the fact that their needs aren't being met. Oh, OK - you're having a conversation, but it's a subtle counter to what you know the conventional wisdom is accordingly to the person in front of you. Also notable, you seem pretty locked in to the path you're recommending, which makes it unlikely the person you're trying to intimidate influence is going to speak up.  <insert bulldozer emoji>

5--Be erratic as hell. You're happy. You're sad. You're angry. You're forgetting things. You're a unlovable mess, and damn, who really wants to try and be direct with you related to talking opening and honesty? You're like a rouge state with limited economic options that just took another round of sanctions. At most, people will only ask you questions they know the answers to, and they'll just accept and try to figure out the rest. You're a mess. Congrats on the ups and downs as a management philosophy.

There are more strategies related to this for sure.  Hit me in the comments or reply via email to tell me what I missed.

I see you, Machiavelli. And the first task with figuring you out is understanding the game being played.

Posted at 11:20 AM in Change, Communications, Leadership, Managing | Permalink | Comments (2)

This is so funny you posted this today haha you made my night you are right on everything you say. I don’t know how people work at an office building I wouldn’t be able to stand one second in there without flipping out. I usually love working alone at home or at an comfortable place.

Intimidation is not a tactic that is frequently discussed in leadership or management with positive connotations. However, it certainly got my attention when browsing the blog. More commonly used, and less aggressive, influence or motivation work just as well in this context as stated. Regardless of the terminology, leaders should hope to avoid using direct threats whenever possible. Threatening others may be effective in influencing others decisions in the short-term but over the life of an organization, it will erode the culture.
The five methods presented to intimidate others all have practical uses in specific scenarios but can also produce negative results. Options two, three, and four will consistently promote a positive culture however one and five are more high risk. Saying nothing can loosen employee engagement when future issues arise or leave team members disconnected from leaders. Acting erratically is likely to promote chaos in the workplace and can leave employees questioning the purpose of their position.