Home Subscribe
Can the Young Star Ever Earn Less Than the Employees They Manage?
Feedback Notes on KD From the Speaker's Circuit: If Everyone's Happy, You Didn't Do Your Job...

@Google: Stop Talking About Your Opinion and Get Back to Work...

Without question, candidates with options in the job marketplace are looking for companies with a purpose behind their business.  That's why you see the rise in CSR (Corporate Social Responsibility) as a topic and companies like Unilever not only revamping their corporate values, but also mandating that every brand in the portfolio have a mission/purpose that people can get behind.

Funny thing about all this mission talk - It's OK for companies to dictate what the purpose-drive reason is for their corporate existence, but once employees start dictating what the purpose should be, it all goes straight to hell. 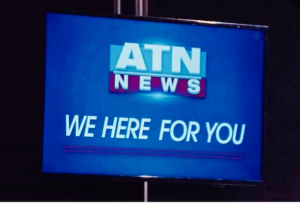 That's because we live in America. We can't talk about most topics of meaning and generate a better than 60/40 split in agree/disagree.

Welcome to the difference between "purpose-driven mission" and "employee activism".  One wants to save the planet. The other?  Let's just say it's bound to be divisive.

So divisive that Google - the standard for employee voice and the company who's primary value for years was "don't be evil" - recently placed limits on what employees can say in the workplace related to their views.

"Google announced new rules on Thursday about what employees are allowed to say in the workplace — including restrictions on political expression and guidelines on internal debates about company activity.

The new rules come as Google faces increasing scrutiny from politicians, the public, and its employees on a number of issues. Republicans, including President Donald Trump, continue to make unfounded accusations that the company’s products display a bias against conservatives. Employees on both sides of the political aisle have accused Google of retaliating against workers on the basis of their ethical and political beliefs. And internal debates over controversial projects, like a censored search engine for China, and company decisions, like how to moderate abusive content on YouTube, have created a growing rift between employees and leadership.

“While sharing information and ideas with colleagues helps build community, disrupting the workday to have a raging debate over politics or the latest news story does not,” the guidelines state. They warn employees that their primary responsibility is to “do the work” that they’ve been hired to do — “not to spend working time on debates about non-work topics.”

The new rules are a radical departure from how the historically open company has always functioned, and they demonstrate how seriously Google is confronting its ongoing struggle with internal dissent among its rank and file and external accusations of political bias.

Hidden in the announcement and spin from Recode - activist employees don't speak for the employee base as a whole. Whether the topic is politics or a strong opinion about providing products and services to the US government, activist employees represent the polar extreme of a viewpoint.  Many of our employees have differing views, and the majority are moderate and exist somewhere in the middle of the spectrum on any issue.

Google has chosen to address the activist employee voices and get everyone back to work and doing what they're paid to do - create great products and services.

When it comes to purpose-driven work, the new rules at Google provide clarity on a reality - defining purpose is the domain of the corporation/organization - not the employee.