Home Subscribe
Get My New Book: THE 9 FACES OF HR...
So You Want To Be a Thought Leader, But You Hate Writing...

Using Pictures of Employees on your Careers Site - Do You Need a Release?

So you're ramping up your employee comms materials. A project to refresh the ole' careers site, new collateral, etc. You rightfully detest stock art because it's all fake and your employees don't look that perfect, happy or content.

That means you've made the decision to take real photos of real people doing work and feature them in new digital and analog comms tools that you're building. That's a smart play, but it begs the following question:

Do you need a signed release form from the people you feature?  The answer is almost always yes, here's a story on why, but stay tuned after the 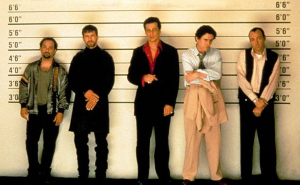 Several years ago, Jordan Guthmann, a VP at Edelman PR, interviewed for a job at Amazon. While he was on the company campus chatting with folks, someone asked to take his photo and he kindly obliged. Guthmann didn't get the gig, but apparently he at least looked like the right person for the job: Until a few days ago his photo appeared on Amazon's Talent Acquisition website. After Guthmann tweeted about it, Amazon quickly swapped out the photo. As Petapixel commented, hopefully the person in the current photo actually got the job!

Years ago I went to Amazon for a job interview that I did NOT get but they were taking photos and the kind person taking photos asked me if she could snap my picture and I was like sure why not anywho that's why I'm on their jobs website today... https://t.co/ehhRvnYaC6

Every once in awhile, people get sensitive about the use of their likeness in your company's promotional flow. It should be noted that Guthmann was a candidate, not an employee - which raises the need for you to get a signed release if you're taking shots of non-employees as part of your strategy.

But let's talk about the more likely path - you're taking pictures of current employees for your new website or collateral. It's important to get that release - not so much for the time that employee is actually with your company - but for the time after they depart.

The dirty little secret of shooting pictures of employees for use in promotional materials is that most releases are very broad - meaning they don't say anything about a requirement to take a photo down from your website once an employee leaves your company.

Any release you have an employee sign should give a similar broad release.  After all, you don't want to be changing photos every time someone leaves your company. Assuming the employee left on good terms, most don't request you take down their photo, and that's a good thing. After all, you choose them for a reason!

Oddly enough, the managers in your own company are more sensitive to having pictures of past employees on your website than the departed talent.  That broad release is key to saying, "no, we actually have the right to keep the photo up."

So get the release signed - but understand it's more about being able to deflect removal requests from your own team than it is about disgruntled ex-employees.

Good Article ! It practical also.
Displaying photographs at the workplace will not only make a it more aesthetically pleasing and impress visitors, it can also increase employee creativity, efficiency and productivity. The display of photographs of employees and the celebrations at the office enhance the décor also.