Home Subscribe
The Complex Relationship of A.I. and Labor's Share of GDP in the USA...
How to Respond to Negative Glassdoor Reviews...

You know you love this post series here at the Capitalist - Great CEO Quotes.

"My Superpower is Change"

That's heavy, my HR friends.  When you work for a line of business boss who is on record with this quote, it's either going to be a fun ride - or you're going to hate life.

It's less about them than it is about you. They aren't going to change, so this really comes down to if you can tolerate the low rules/high change boss. Here's a couple 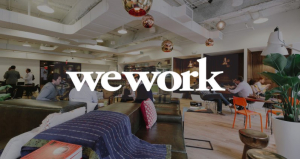 of snippets on Neumann from Business Insider:

"Bloomberg observes that Neumann is served a bowl of super oats with what he calls "amazing qualities" midway through the interview, his cofounders go around wearing shirts with slogans like "High on We," and WeWork's walls are adorned with signs telling tenants to "Hustle Harder."

Toward the end of the piece, Neumann asks Bloomberg journalist Ellen Huet what her superpower is, he then responded with his own. "My superpower is change," he said, "and change is painful."

I'd categorize Neumann from WeWork as the visionary, low rules boss who trying to create a new category of business and generally disrupt an industry. For those that don't know a lot about WeWork, here's a quick description:

"Think of WeWork as an office leasing middle man. The company rents space and makes it pretty, you need space, so they rent that pretty space to you. On the most basic level, that’s all they do. More specifically, WeWork leases floors of buildings, entire structures, and any primo, available real estate they can get their hands on. Note that WeWork isn’t actually buying any space, just leasing it from owners and property managers."

WeWork wants to become your landlord. They initially were focused on renting space to individuals, but increasingly are signing deals with companies. They believe in the power of office space to drive culture and great work. They think they can do it better than you can do it for yourself, better than traditional commercial real estate firms, etc.  They're probably not wrong, but fulfilling a visionary, Big, Hairy, Audacious Goal (BHAG) like reinventing how workspace gets built and leased is hard.

His superpower is change. He said so.

Can you survive and thrive with a CEO like this? It's more about you than it is about them.

Look inward, my HR friends. That cool office space affect will only last for so long.

Posted at 07:17 AM in Change, Communications, Culture, Workplace | Permalink | Comments (0)