Home Subscribe
Let's Look at the Numbers Behind Amazon's Program to Retrain 100,000 Employees...
Is Workday Really the Most Used ATS in the World?

Bernie Sanders: Proving the Compensation Side of the People Business is Problematic...

Let me start by saying this is not intended to be a political post. It is intended, however, to show the complexities of running a SMB (small to medium sized business).

Need a case in point?  Try Bernie Sanders.  Sanders is a Democratic presidential candidate, and part of his platform has been the need to pay workers a living wage.  No one really 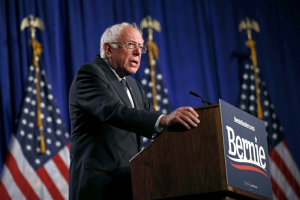 argues that this is a good idea, but once you get into the execution of the idea, it gets complex.

Let's look at the Minimum Wage in America.  Sanders is on record that the minimum wage should be at $15 per hour nationwide, etc.  That's where it gets tricky as he attempts to build out his campaign organization for his presidential run.  More from the New York Post:

"The Vermont socialist senator made history by agreeing that his paid 2020 presidential campaign workers would be repped by a union, United Food and Commercial Workers Local 400, with all earning $15 an hour. But now the union complains some employees are getting less. Worse, someone leaked the whole dispute to the Washington Post. Worse yet, Sanders’ response could be a violation of US labor law, all on its own.

The union’s gripe centers on the fact that field organizers, the lowest-level workers, often put in 60 hours a week but get paid only for 40, since they’re on a flat salary. That drops their average minimum pay to less than $13 an hour.

“Many field staffers are barely managing to survive financially, which is severely impacting our team’s productivity and morale,” the union said in a draft letter to campaign manager Faiz Shakir. “Some field organizers have already left the campaign as a result.”

The campaign’s immediate response, now that it’s all gone public, is to restrict the field workers from putting in more than 40 hours a week. Hmm: If it then brings on more unpaid volunteers to pick up the slack, that’s a different union grievance."

The HR pros who read the Capitalist - regardless of political orientation - know that Sanders has experienced the following:

1--He believed workers should be paid no less than $15 per hour.

2--While he partly accomplished that with how he set up his organization, he either didn't understand or cut a corner by classifying field organizers as "exempt".  My guess is he told his people his intent and they found the path of least resistance to make that marching order a reality while maintaining cost certainty - aka, salary over hourly.

3--The good people that read this site understand it's debatable that field organizers would be classified as "salaried" under the FLSA.  But collective bargaining with a union pushes some of the burden of classification to the background - at least initially.

4--Overtime pay kills all SMBs.  The Sanders campaign has a budget - they can't reclassify those workers to hourly status and make their budget (paying them $15 per hour for all hours worked and OT for hours past 40 per week).  Also, if they reclassified, they'd be on the hook for back pay for OT.  So they do what the only thing available to them - telling salaried field organizers to stop working at 40 hours.

What Bernie Sanders has ran into is a classic small business problem. As a business owner, you'd like for the vast majority of your workforce to be salaried - so you have cost certainty and instruct workers to work until their objectives are met - no overtime. The FLSA exists to provide legal boundaries for SMBs (as well as large companies) related to classification of workers.

The devil is always in the details.  There's never enough resources when you're attempting to bootstrap an organization, and that fact makes you look for the most affordable labor possible in some situations.

Bernie Sanders is bootstrapping an organization in America.  It's an interesting contrast of ideas, market forces and math.

Very similar points made in this article by a CUE colleague

It's an interesting scenario for sure, Mike.

The real tragedy of minimum wage laws is that they are supported by well-meaning groups who want to reduce poverty. But the people who are hurt most by higher minimums are the most poverty stricken. - Milton Friedman, Economist.