Home Subscribe
Bro-tastic vs. We Care: A Quick Review of Uber's Current and Past Corporate Values...
But Will They Stay? (Weak Things HR and Business Leaders Say)

Men Who Are Uncomfortable Mentoring Women: I'd Guess You're Doing This...

Is the number of men who are afraid to mentor women really on the rise in the #metoo era? As crazy as it seems, a new report from Sheryl Sandberg’s LeanIn Organization says this is the case. Here’s what the report says, we'll discuss after the rundown:

--Female employees are now facing a new threat to their careers in the post #metoo era. 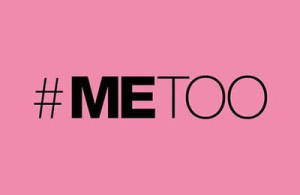 --Their male bosses are avoiding 1:1 time with them, for fear of how being alone with a woman will look.

--This is based on new research released by Sheryl Sandberg's LeanIn organization which finds that "60% of male managers in the United States are afraid to do a one-on-one activity, and that the number of men that feel that way is on the rise since last year.

--Sandberg says senior male managers are also hesitating when it comes to business travel with their female employees as well as 1:1 dinners and that this number is on the rise since last year, up 33%.

--The obvious concern is already low mentoring rates when it comes to senior male managers mentoring women - and those rates dropping even further.

--This SurveyMonkey/Lean In online poll was conducted February 22-March 1, 2019, among a national sample of 5,182 adults in the U.S. ages eighteen and older. The modeled error estimate is +/- 2 percentage points. Unless otherwise noted, all statistics are from the February 22-March 1, 2019 SurveyMonkey poll. Data for all surveys have been weighted for age, race, sex, education, and geography using the Census Bureau’s American Community Survey to reflect the demographic composition of the United States age eighteen and over.

How do you feel about that?  I'm a guy, which means I should be careful, but I'm probably part of the problem if I'm afraid to share my opinion.

My advice to the men who aren't comfortable mentoring women is pretty simple. That vibe you're feeling in the #metoo era doesn't have much to do with the movement - it has everything to do with you.

If you've noticed women acting differently, being skeptical of you, etc.- it's probably time to take a hard look at your tendencies in meetings that include both male and female colleagues, direct reports and underlings.

You might be a brotastic mess. We get it, you're a guy. But if you're in meetings and all your small talk is with the other guys, that probably naturally flows into the work conversations when the meeting actually starts and work conversations are being executed. How often do you ask a woman in those meetings the subject matter expert over a man? How often do you make sure that a woman who's quiet and not participating gets a professional, clean shot at being a part of the conversation?

The answer is that a some of you don't do that. As a result, woman are likely to be a bit distant professionally from you. You feel that, and make the assumption that the distance is related to #metoo. Which leads you to report that you're really not comfortable with the whole 1/1 thing in the #metoo era.

I'm far from perfect, but I know this. If you're afraid to do a 1/1, I can look at your meetings, conversations and more in public space and see subtle differences in how you engage men vs. women.

I'm just a guy. But if you defer shooting the sh*t with me in preference of engaging with our female co-workers before our meeting starts, you'll be well on your way to becoming comfortable with 1/1's with female.

I'll also note: guys, look inwards and reflect if this attitude is truly based on uncertainty you have about interacting with female colleagues and reports, or if there's part of it that's retaliatory.

If it's based on uncertainty, ask yourself why that might be. Is it really so hard to figure out what's "acceptable" and what's not? I can't think of anyone I've ever worked with that isn't eager to cut you slack if you genuinely misspeak or aren't fully aware of the nuance or impact of something you say. But the threshold of "treat me like a person at work" is just a very, very low bar to meet.

But if you're honest with yourself, how much of your "uncertainty" is resentment over the idea that you might have to make minor changes to the way you operate? Are you punishing women on your team for not wanting to hear sexist jokes? If you say something and someone tells you it's sexist, is your first instinct to respond "Oh, I didn't know; thanks for telling me! I would hate for you to think I'm sexist when that definitely wasn't what I was trying to communicate." Or is it more defensive? "What? You think that was sexist? The problem here is clearly you; I'm fine, this is how I've always worked. You just don't have a sense of humor."

In either case, the problem is the same: you said something that someone on your team feels some type of way about. One response shows that you care about your team and are interested in self-improvement. The other response means that that woman (and everyone who saw the exchange) feels the same way about it, but now thinks you're a stuck-in-your-ways sexist jerk. The content of the remark doesn't matter in the least here; that's the impact you're having, and you can be mad about it and wait to see those 2 week notices come in, or you can change your behavior. Those are the options!

Great advice, Kris. But I've been the Uncle Tom of feminism since 1966, and I am not the least bit surprised at the survey findings.

I am appalled at how some guys -- like Al Franken -- have been taken out without evidence, identity of accusers or any due process. Of course, it's our fault. Men have been animals to women since the Stone Age.

My wife and I laugh at VP Mike Pence saying he'd never have dinner alone with another woman except his wife. But at this moment in history, if I were working and playing with others in a corporate setting, I would do exactly what the report says guys are doing -- for self-protection.

It sucks for everybody!

There were multiple credible accusations against Franken, and in at least four of those, the women came forward publicly. And he chose to resign rather than face due process. So...maybe we should all worry less about the monsters that may be hiding under our beds and focus our attention and energy on how we treat and interact with our colleagues.

Hear, hear BethRA! Bill, are you really trying to use "men can't control their impulses" + "women be sniping at dudes with no evidence" here? Did you read either Kris or my posts?

Just look at the experiences of women who bring accusations like this. In part because of *you*, it's a horrifying process to go through. Everyone assumes you're lying; that you're just trying to get a book deal or take down someone powerful.

But look around. How many of these women get book deals? How many of these men even get taken down? Al Franken resigned voluntarily, as BethRA noted. Brett Kavanaugh is sitting on the Supreme Court. Why does anyone think this is glamorous, this life of accusing powerful men of doing bad things?

If women really do be just sniping at dudes for the publicity, refusing to engage with them professionally won't protect you. But your refusal to engage *is* hurting them professionally, and encouraging a world where men and women can't work together because men can't keep it in their pants (a stereotype you should be *ashamed* to be promoting). Is that the world you want? Because it's the world you're using your power to create, Bill.