Should We Really Trust IBM as an Expert in the World of HR?

It's a fair question. Does IBM deserve to be an expert in the world of HR?

When you think of IBM today, you probably think of Watson, the supercomputer that resides at the intersection of processing power and artificial intelligence.

One of the latest science/research pushes IBM is promoting is that they're the experts in predicting turnover. 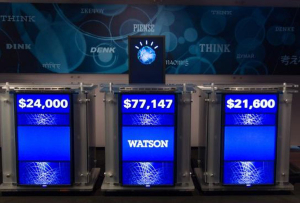 IBM HR has a patent for its “predictive attrition program” which was developed with Watson to predict employee flight risk and prescribe actions for managers to engage employees. IBM's CEO Ginni Rometty has been on the PR push for this program this month and stopped short of explaining “the secret sauce” that allowed the AI to work so effectively in identifying workers about to jump (officially, IBM said the predictions are now in the 95 percent accuracy “range”). Rometty would only say that its success comes through analyzing many data points. Rometty claims the AI has so far saved IBM nearly $300 million in retention costs.

The AI retention tool is part of a suite of IBM products that are designed to upend the traditional approach to human resources management.

I think AI should always be considered as a way to make our profession better.  I'm just not sure that IBM deserves to be the expert in HR.

So you're great at turnover prediction, but you fail to say you need to big brother information access to fine tune the model.  Most of us would say no to the cultural ramifications of getting all the data necessary.

But my biggest issue with IBM coming in hard to HR for business development is much simpler.  They've been awful to their own workforce.

Big companies are going to have some people issues, I get it.  But do a couple of web searches and you'll see how IBM has treated it's workforce, discarding strong, older professionals for cheaper labor.  It's a systematic play they've been a part of, and it includes normal playbook items like layoffs and more creative items like requiring long-term IBM team members to report to a centralized office location or lose their job.

Translation: We've got a lot of high earners and it's killing us. Time to retrench and get a cheaper cost basis on labor.  Let's say no to remote work!

Watson is cool, and IBM is OK. But I'm not sure they deserve to be labeled as an expert in the world of HR.

IBM is a data company.  You're the HR expert.

Watson told me so.

Posted at 09:38 AM in Branding in HR, Communications, HR Insider, Innovation | Permalink | Comments (5)

thank you for sharing good information it is very helpful for us.

Very nice blog. Thanks for sharing such information with us.

Thank you so much for Sharing