Home Subscribe
The HR Capitalist Is Back In Business...
Nothing Says "Sell Your Stocks" More Than Corporate Events That Feature This...

One Way To Turn an Unexpected Resignation into a PR Win...

If there's one cool thing about my career, it's that I'm surrounded by masters.  People doing great things. Leaders.. wait for it.. leading.  Innovation everywhere.

And when required, the best people I'm surrounded by aren't afraid to play a little hardball.  The kind 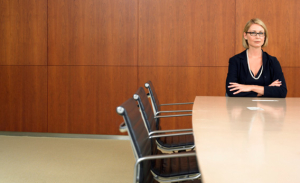 of hardball that's not afraid (when you're out of line and the company might get hurt) to throw a 105 mile per hour fastball at someone's upper extremity.

Because, you know - they had it coming.

Case in point.  A CEO friend of mine (Knowledge Management company, appox 1500 FTEs) recently had a high-level resignation on her team. Here's the specs of the situation: The spot being vacated was an important role, and the incumbent gave her no notice that they were thinking about leaving, although the division being managed was struggling. The incumbent had actually been put in place to turn around the struggling division, transferred into the role as a high potential with the capability of getting the turnaround done.

Then the incumbent resigned. My friend thought about that for 12 hours, then released an org announcement to the rest of the company that did the following:

Did you catch it? Did you see how my friend took her negative situation and framed it in a way that turned an organizational problem (key resignation) into something that most people considered a tough call that the company made proactively?

She simply embedded facts on recent negative trends in the division into her announcement.  As a result, the reader doesn't assume this was voluntary turnover at the highest level. They assume that Janet has once again proven she's a pragmatic leader capable of making tough calls in tough situations.

I share this example not to encourage anyone to speak poorly of those departing voluntarily. Let's treat people with class.  Let's celebrate great people who did great things for us and might be leaving to do more great things as alumni of our company. Up with people, "thousand points of light".

But every once in awhile, someone's going to hand you a flaming bag of dog do as a leader.  And at that point, you might be able (based on the circumstances) to decide who's doorstep that flaming bag belongs on.

Don't be afraid to put that bag - flaming as it might be - where it belongs.

Let's celebrate great people who did great things for us and might be leaving to do more great things as alumni of our company.