Home Subscribe
Netflix for HR: The Fyre Festival Documentary & Your Employment Brand...
Will Someone Build The Uber of Jobs for Candidates?

CVS and WalMart have agreed to laid down their weapons, reaching agreement and ending a dispute would have prevented some CVS Caremark customers from picking up their prescriptions at Walmart pharmacies.

Walmart and CVS didn't reveal the terms of their new agreement in a joint statement. CVS had said that Walmart, the biggest retailer in the world, wanted to raise the cost of 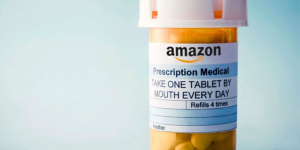 filling prescriptions by too much.

The dispute could have affected about $4 billion worth of prescriptions, according to an estimate from Eric Coldwell, an analyst at Baird. It also would have prevented CVS customers from picking up scripts from 4,700 WalMart locations.

Of course, the real briefing is this --If you don't think that's Amazon's coming to severely hamper CVS and similar Rx companies by getting into the Rx game themselves, you're not paying attention.

In case you missed it, leading online retailer Amazon.com Inc. (AMZN) acquired PillPack in June 2018, an online pharmacy service that allows customers to purchase medications in pre-made doses.  Walmart was also a contender to buy PillPack but lost out to Amazon's better offer. Closely following the PillPack purchase, Amazon announced a program that will include prescription deliveries through its Prime membership program.

You know there's always a new play annually when it comes to help you get cost out of your benefits program.  You've seen that with the trends you now know well - managed acute care, tele-doc, mail order Rx, etc.

Someday soon, Amazon's going to have a path to offer you a 20% reduction in your company's Rx spend.  It's only being slowed by realities like Aetna being owned by CVS, which muddies the competitive landscape for Amazon to navigate to make becoming your Rx provider of choice a reality.

But Amazon's coming. They might have to buy an retail Rx firm to get it done, but with the aging of the USA that seems like a prudent investment.

Great Post. thank u so much. keep it up.