Home Subscribe
#FACT: Great Talent Runs Freaking Hot - Deal With It...
The Only Thing Missing From the Google Rules on Being a Good Manager - Telling the Truth...

If I Had a Few Million Dollars - I Would Aggregate References of Candidates...

Thought for the day.  If I had a couple of million lying around and wanted to do a startup, I'd do some type of data mining play to aggregate references off of resumes, applications and the web.  That's right, references off of the candidates who are rolling into your careers site daily.  I know LinkedIn sort of does this, but I am talking about focusing WAY in...

What's the big deal?  If you think about it, you'll agree that references are an underutilized resource of 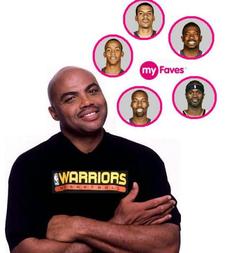 candidate flow for key positions in your company.  Let's think about references and what they bring to the table:

1.  A trusted pool of professionals, so much so the candidate is willing to make them a part of their personal brand.

2.  Often have served as mentors for the candidates who have cited them as references.

3.  Usually bring greater experience to the table than the candidate who cited them.

4.  Known to be "stable", meaning the citing candidate knows they're going to be around for awhile.

5.  Self selected by the candidate pool for their communication skills.  They'll be expected to pop a 2 minute elevator speech on demand about the candidate in question, and this is who the candidate selected for that task.  Have any jobs where you need a filter for the ability to communicate on the phone or via email?  Ever come to the conclusion that people who can communicate can also generally perform at a high level?

So, I've got the idea.  Now I just need a VC to step up during a mild recession and give me a couple million to pay some developers and get the product crackin.  Who's it going to be?

Kris - Well articulated point about the lost art of sourcing candidate references. But you might be a little late with the start-up play. Companies like SkillSurvey do eReference checking and they offer a Passive Candidate Compiler that let's you mine the reference contacts. It comes complete with opt-in and opt-out for the politically sensitive culture. I used this when I was hiring, and ran references on every candidate pre-interview in order to generate more leads.

Kris, you must have read our minds here. This is just what we set out to do with our brand new IT Career site techhotbed.com. We think that this feature is the most overlooked feature by the entire Job Board industry. And are working on an implementation of exactly that. (refrence aggregation)
Would you please check it out and gives us some feedback?

I agree with Newmaed just was introduced to SkillSurvey recently and really like the offering but if you can give them the millions of dollars you find to help them take it to the next level it would be awesome. Great tool and service they are providing.