Home Subscribe
Big Business Supports Broadening of the ADA... Can Cats Living with Dogs Be Far Behind?
The Cubs - Getting Rich Via a Workplace Culture of Losing...

Before I get started on this one, I'm not the bogeyman coming to take all your personal rights away.  I know that we've got a LOT of variety in workplaces in America, and not every company needs a random drug testing policy. 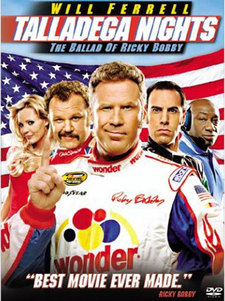 In a shocking display of "what were they thinking?", NASCAR (professional stock car racing) finally got around LAST WEEK to putting in a random drug testing policy.  That's right, the guys who race stock cars 200 mph haven't had the possibility of random testing until 2008.

Notes from the "hey, you think we oughta test the guys for smack since they can kill each other in an instant?" camp courtesy of The Sports Network:

"NASCAR unveiled its upgraded substance- abuse policy over the weekend, to include random testing beginning in 2009. All drivers, crew members and even race officials will be tested prior to the start of next season, and will be subject to random tests throughout the year.

NASCAR's current drug policy has been in place for over 20 years, but has been scrutinized by competitors such as Kevin Harvick in the past months, after former Craftsman Truck Series driver Aaron Fike admitted to using heroin on race days. In July 2007, Fike was arrested and charged with heroin possession in the parking lot of an amusement park in Ohio."

That's right - heroin.  Before you stop shaking your head, NASCAR also believes its new policy is the model for all other sports, mainly because they don't succumb to the administration associated with keeping an actual list of which drugs are illegal:

"NASCAR covered all of its principles in the new substance-abuse policy, with the exception of outlining what is illegal. The sanctioning body provided no list of which drugs are banned.

"We think we have the broadest policy in all of sports," Steve O'Donnell, NASCAR's vice president of racing operations, said during a press conference Saturday at the Dover International Speedway. "The reason we don't have a list is we believe that a list is restrictive. If you've seen a lot of other leagues, the policy is constantly changing. We know that there's new drugs out there every day. By having a broad policy that doesn't list anything, we feel like we can test for any substance that may be abused, no different than our policy is today."

With all this on the record, I can't wait for the drug-free public service announcements that are sure to follow from NASCAR.  I just hope they have a "Talladega Nights" feel to them (email subscribers click through for video):