Home Subscribe
That's One Messed Up New Hire Orientation...
This Just In - Background Checks Are Your Responsibility, Not a Recruiters...

I'll Be Back for the Meeting, After I Stretch Carl Out Before the Start of His Shift...

I'm increasingly becoming convinced that the best way to win the wellness game is to go "all-in" with on-site staff, etc.  That's bad news for small companies that can't afford those types of services.

The situation with medical costs has now escalated to the point where it now makes sense to bring the doctor, or at least wellness folks who can do a variety of things, back on the campus of big companies.  Some previous studies have shown that especially when it comes to an on-site doctor to cut down on primary care costs, absenteeism, etc., you need at least 1,000 employees at a location to pull it off financially. 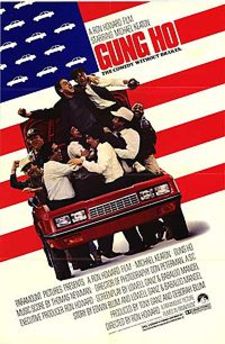 companies with far less than 1,000 employees - especially if they are primarily blue collar, manufacturing/production line environments with lots of worker's compensation risk.

"Lincoln Industries looks like a typical blue-collar plant: workers cutting, bending, plating and polishing steel for products such as motorcycle tailpipes and truck exhausts amid the din of machinery.

But the 565-employee Nebraska company is different.

The company ranks workers on their fitness, from platinum, gold and silver down to "non-medal." To achieve platinum, they must reach fitness goals and be nonsmokers -- and the company offers smoking cessation classes.

For the company, the payoff is significantly lower health-care costs. The company pays less than $4,000 per employee, about half the regional average and a savings of more than $2 million. That makes the $400,000 Lincoln Industries spends each year on wellness a bargain.

The investment in "wellness" pays other dividends, according to Orme. He says fitter workers are more productive, have better morale and are safer. As evidence, he points to worker's compensation claims. Ongoing safety training and an increasingly fit work force have pushed worker's comp costs down from $500,000 five years ago to less than $10,000 so far this year."

In reading about this plant, I can't get an old Michael Keaton movie named "Gung Ho" out of my mind, where a Japanese company buys a plant and tries to get hard-core blue collar workers like George Wendt to pick up exercising before the start of their shift.

While the prospect of stretching Carl from the drill press team out before the start of his shift is a little daunting, I'd gladly get out of my comfort zone for a 50% reduction in medical costs.

I suspect you would as well.

Posted at 04:05 AM in Benefits, Employee Relations, Wellness | Permalink | Comments (2)

Kris, if we believe in the marketplace (& I do), wouldn't we just tell employees to perform and then oust the ones that don't? I think employee wellness programs are lovely, but I'd rather have my company pay me based on my performance & terminate my employment if I suck. Wellness programs? Where's the ROI? I think a better talent management program and the implementation of a thoughtful recruiting program would have a better return on the company's investment.

Also, for reals, the data is all over the map on wellness programs. Some say it works. Other data says that it's garbage. You know what works? Treating employees with respect, investing in strong & competitive compensation plans, and implementing policies that make sense.