Home Subscribe
Pulp Fiction? Is the Key to Wellness (And Weight Loss) Keeping a Diary of What You Eat?
Telecommuting or Gas Vouchers for Employees? Either Way, Choose Soon for Retention...

Should Companies (like Wal-Mart) Tell Their Employees How to Vote?

Jason Averbook has an interesting post up over at Knowledge Infuser about the practice of companies projecting political views towards employees.  KI consultant Suzanne Ramsey pretty much sums up what I consider to be the reality when it comes to rank and file employees:

"A previous employer of mine had a PAC (political action committee), and would keep all 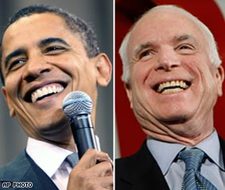 employees appraised of the PACs activities, and encourage employees to write letters to Congress about certain legislation, etc. However, when it came time to cast my individual vote in a national, state or local election, this employer did nothing more than encourage employees to vote - and vote their own consciences. To me, this is appropriate employer behavior in an election ( and even in non-election) years. Making employees feel they have to vote one way or another to serve the employers' interests is, to me, utterly inappropriate, and completely worthy of comment and protest.

I think that's generally the case in America.  The only time I think it differs?  If you are in the class of director/vp types that the company designates as targets for contributions to the PAC.  At that point, the pressure's pretty real to make a donation to the PAC, and even though there are lots of assurances no one is keeping score, you always wonder if there's a list somewhere about who contributed.

So, I did what any other red-blooded American would do when I was in that situation.  I contributed to the PAC for the company I was working for at the time, then did what Suzanne outlines - voted how I saw fit...

But back to the issue originally cited by Jason.  Does it make sense for companies to educate/pressure their employees on issues that are important to them?  Here's my take about the practice:

1.  It's generally not in the best interest of the company to push political agendas on all employees, across the enterprise.  The diversity of thought is too great, and even if the company has significant economic issues tied to the election, you can't make that case across the entire employee base.  It will be resented, and it'll backfire.

2.  For specific classes of employees, generally designated as PAC contributors, the company views those individuals as leaders and wishes to engage them not only for contributions, but also to educate about the economic consequences of the issues driving the vote.

The story referred to in Jason's post refers to Wal-Mart pitching thousands, if not tens of thousands, of employees classified as store managers and department supervisors on an issue that will likely be determined by the outcome of the presidential election.  From the Wall Street Journal:

"Wal-Mart Stores Inc. is mobilizing its store managers and department supervisors around the country to warn that if Democrats win power in November, they'll likely change federal law to make it easier for workers to unionize companies -- including Wal-Mart.

In recent weeks, thousands of Wal-Mart store managers and department heads have been summoned to mandatory meetings at which the retailer stresses the downside for workers if stores were to be unionized.

According to about a dozen Wal-Mart employees who attended such meetings in seven states, Wal-Mart executives claim that employees at unionized stores would have to pay hefty union dues while getting nothing in return, and may have to go on strike without compensation. Also, unionization could mean fewer jobs as labor costs rise.

Wal-Mart's worries center on a piece of legislation known as the Employee Free Choice Act, which companies say would enable unions to quickly add millions of new members. "We believe EFCA is a bad bill and we have been on record as opposing it for some time," Mr. Tovar said. "We feel educating our associates about the bill is the right thing to do."

Based on all the bad press Wal-Mart has in their dealing with employees, it's kind of hard to champion them for advocating employee rights as an issue their employees should consider when voting for a president.  But I've written a lot about the EFCA before, and it's shocking how this bill, which would eliminate the rights of employees to a confidential election when voting for/against a union, has slid under the radar in over the last year.  It actually takes rights away from employees....

The final analysis?  I don't generally support talking politics in the workplace.  However, the EFCA is a bad enough bill that it might cause me to make an exception.

I just wish Wal-Mart wasn't the poster child for talking about the issue.   If they're leading the charge, the focus is on the suspicion of Wal-Mart, not the EFCA.  And that's a shame...

It is in the best interest for companies to avoid political discussions with their employees. People don't like feeling that they are a captive audience to an organization which they have to depend upon for sustenance. I think that Walmart is one of the greatest examples of free enterprise, however they have been demonized to the point that they have little credibility no matter what they do. Their own employees might even vote the opposite way because of this.

Companies probably should not tell employees how to vote. However, employees are not robots, the employer has no way to determine how they vote.

Of course when you vote, you should take your own welfare into consideration. What might be great for my employer might not be great for me as the employee. I was at one of those meetings and quite honestly yeah, they were making it sound that Obama would be a bad choice. Of course it seems to me that there are more important issues than one piece of legislation. People are being killed in a unnecessary war and that is more important than my continual funding of the Waltons' lifestyles.

I had a similar situation with a PAC contribution. In this case it was my husband and I had a serious issue with him being "encouraged" to contribute to a PAC. In the end I believe he followed your lead but with me complaining the whole way.