Home Subscribe
Brett Favre and the Packers - Bringing New Meaning to the terms, "Golden Parachute" and "Severance Pay"...
Should Companies (like Wal-Mart) Tell Their Employees How to Vote?

Pulp Fiction? Is the Key to Wellness (And Weight Loss) Keeping a Diary of What You Eat?

Lots of stuff available on the topic of weight loss, wellness, etc.  Could it be that the key to losing weight, eating healthier and keeping your key metrics (heart rate, cholesterol, glucose, blood pressure, etc.) in check is keeping A DIARY?

Say it isn't so.  Can you imagine John Wayne, Arnold or Samuel L. Jackson keeping a diary to drop a few pounds?  From Time's Sanjay Gupta:

"Two nights ago, I had a handful of M&M's. In fact, I can tell you I ate seven of the peanut kind, 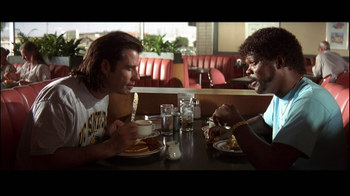 which is my favorite. Under normal circumstances, I would've simply grabbed a bunch, mindlessly eaten them while talking to a colleague and forgotten them entirely.

Instead, I know the specific number I ate because I am keeping a food diary. I write down everything I consume, with great detail. I had a single packet of ketchup with my eggs the other morning and 4 oz. (113 g) of green-tea-flavored frozen yogurt with my daughter two days before that. I started the diary because I wanted to test the striking new results of a paper published in the August issue of American Journal of Preventive Medicine. Scientists at several clinical-research centers in the U.S. found that dieters who kept a food diary lost twice as much weight as those who didn't.

The study tracked nearly 1,700 overweight or obese adults across the country who were at least 25 years old. Men and women were included, and 44% of the group was African American. All participants were encouraged to use such weight-loss maintenance strategies as calorie restriction, weekly group sessions and moderately intensive exercise as well as to keep a food journal. The senior investigator, Victor Stevens of Kaiser Permanente Center for Health Research in Portland, Ore., told me that "hands down, the most successful weight-loss method was keeping a record of what you eat." In the six-month study, participants who kept a food journal six or seven days a week lost an average of 18 lb. (8 kg), compared with an average of 9 lb. (4 kg) lost by non-diary keepers."

Click through for the rest of the article, which focuses on the self-awareness you gain, and the accountability of that diary being readily available for your spouse to review, etc.   Twice as much weight loss through keeping a Diary - pretty compelling stuff.

Give it a try in your wellness program today, but put on your PR hat.  Guys respond better to writing in a book if you call it a journal or maybe a "guide".  Make sure you get some notepads without flowers or seals on the cover as well...

And don't be surprised if you get something like this from the guys, who are helpless when it comes to 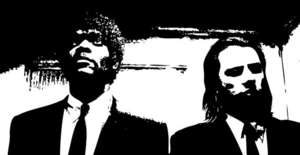 It does indeed work. When I am being good I combine my food "journal" with an exercise "journal." Regardless of what you call it, it works. You become amazed with how much crap you eat without thinking about it. It does not take long to pile up 3000 caleries at all.

"Hamburgers! The cornerstone of any nutritious breakfast!"

Online food diaries make it really easy. All you have to do is type what you ate, and the programs calculate the calories for you. My favorite online food diary is NutriMirror.com. It's easy, it's free, and you don't have to carry around of flowery notepad.

Talking about metrics, you have to check out this book: "The Cholesterol Myths" it blows most of the "conditioning" by government health departments out of the water. You can download a free ebook copy from obooko: http://www.obooko.com/obooko_health/bookpages/hea0038-cholesterol-myths-ravnskov.php

I really love to read such a nice article. Thanks!Keep rocking.