Home Subscribe
The Cost of Commuting - Did You Know There's a FSA for the Morning Commute?
Why Manfred Mann Doesn't Handle Your Employment Brand...

Vegas Baby! Pick Your Own Salary, With Just One Little Catch...

Interesting article over at the Wall Street Journal outlining the cafeteria style compensation plan of Skyline Construction, which allows eligible employees to pick their own salaries, within a specified range.  The catch: Choosing a lower salary means a shot at a larger bonus.

Roll the dice baby.  Have confidence you can hit the numbers this year?  Pick the lowest salary possible and receive a higher total compensation target - but, of course, a higher percentage of that total comp target is made up of at-risk bonus/incentive pay.

Feel lucky? More on the program from the WSJ:

"Mark Trento and Adam Chelini had a rare opportunity last year. They got to pick their own 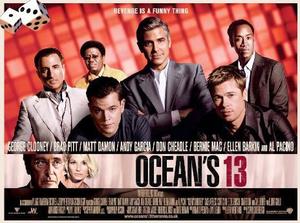 Mr. Trento, a vice president for San Francisco-based Skyline Construction Inc., chose the safety of $150,000. Mr. Chelini, a Skyline senior project manager, opted for $125,000, and wound up with a larger bonus than he would have received otherwise. While neither would say what their bonuses were, both say they were happy with their choices.

Executives at Skyline, which specializes in building and renovating commercial interiors, introduced the plan in 2005 when employees bought the company from its former owners. The idea proved popular. Twelve of the 15 eligible managers this year chose lower salaries and higher potential bonuses. "It's their way of throwing a little skin in the game," Mr. Hayes says."

Interesting concept.  Couple of thoughts (although I'm not a comp professional - I'll ask Ann Bares to bounce in on this one) from my experience:

1. This type of program is best geared to executives, and you really can't take it to the masses.  Only those who feel like they can impact revenue and expense will play the game - take it to the middle management levels and you'll hear crickets - they just won't take the risk based on their limited visibility regarding the probability of making the plan.

2. In certain cultures, unwillingness to take less salary might be equated with a lack of confidence - I'm your peer and I took less salary because we're going to make the plan!  Wait a second - you opted for salary?  Great, now I've got someone who's not "in it to win it".... You get the vibe...

3. I'll bank on my performance, but not John's - Another variant of #2.  I took the higher salary because I don't think you can get it done.  You can smell the teamwork from here, right?

In any event, it's a fascinating discussion.  Apart from business and compensation theory, an individual's willingness to trade base pay for more incentive upside is an exercise in team - and individual - psychology.

Me?  I'm doubling down, because I think ALL my teammates are players.  To bad we don't have this type of plan, because I would be in.  You guys/gals are out there reading, right?

Posted at 04:05 AM in Compensation, Performance Management, Talent | Permalink | Comments (8)

Nicely done. I think I lean your way on the points you mention. While I am all for self-determination and individual empowerment, I have to confess that I get a little twitchy thinking about this scenario. The article doesn't say what the bonus is based on; my guess, though, based on the other information is that the bonus rewards individual performance.

For that, and a host of other reasons I could come up with, it seems like a plan that could be a real teamwork killer, a point that you make in your post. Essentially, it seems as though we have created a group of people who now have varied levels of performance focus, drive and reward risk, chasing individual perfomance metrics with varied levels of fierceness - and the variances have not been created based on thoughtful alignment with business needs and strategies, but rather differences in individual preferences, needs and circumstances.

Perhaps I just don't have sufficient faith in the principles of self-organization or the "wisdom of crowds", but it doesn't feel like a good scenario to me.

I'll be interested to hear what other readers think.

This is a great idea and I buy into it. Of course as a consultant I am already geared to having my compensation "at-risk" anyway. Lawler, in his book Strategic Pay, says that all employees should have some aspect of their pay at risk. Schuster and Zingheim in their book, The New Pay, write that "at-risk" is not necessarily a teamwork killer, saying in fact that it can be a successul tool for building an organization.

The key point to think of in terms of "at-risk" pay is "line of sight." If people can see how they impact the bottomline they are going to be much more accepting of "at-risk". If they cannot see that connection they will not sign up for something they cannont control and will go for the sure thing.

mmmmm. it would be interesting to see the retention rates of the 12 versus 3 managers who chose differently... i smell a great case study coming on. but broadly speaking, it would be even more interesting to analyze the demographics (age, race, marital status, kids, etc) and personality profiles of those who choose lower base versus higher base.

this reminds me of offers i've made and seen where the base comp doesn't rise to the level of the person's expectations - but because they know they are that good, they will accept with the caveat that their salary be reviewed and hopefully adjusted after six months. not everyone is ballsy enough to go with this approach of, "let me prove to you how good i am and then you'll pay me for it later," but for those who are, it's cool to watch their first six months of kicking ass.

Ann/Mike - thanks for checking in with the thoughts. I love the idea, but I think it has a lot of holes due to......human nature...

JLee - good question..If you dig into the article, it shows that the top 4 paid people in the group choose the higher base. That's interesting, and tells me that the other folks were selecting more bonus that included predominantly individual bonus goals. Otherwise, why would you select more at-risk if the highest paid (probable leadership) didn't have the confidence to do the same on overriding company goals?

It's a pretty interesting thing....

The article didn't say how often they can choose the pay option... is it annually? If so - budgeting for the company will be problematic. But my biggest issue is the "satisfaction" issue with employees.

If I choose the bonus option and work hard but don't hit my number I will question the measurement and evaluation process. If there is any hiccup in that - I'm out of there because my natural reaction will be that someone rigged the game. You have to have a strong, transparent corporate culture to make this work.

Second of all, most people who have never been on a variable pay plan don't really understand the impact. If you earn it one year but not the next it affects your overall standard of living. Miss it twice and you're probably in big trouble.

In addition, I've never met anyone who didn't think that success is 100% my effort and failure is 100% someone else's. If I think someone else is impacting my income then I'm going to raise the roof. This sounds great as long as everyone is hitting their goals. Miss a few and I can see this backfiring big time.

As you would expect from my perspective - incentive programs that don't link to income is a much better way to structure a bonus situation when the measurement and responsibility is less than razor sharp.

First, let me say that no comp plan is the perfect solution. I worked at a Fortune 500 firm for 12 years and had some horrible experiences related to compensation, which ultimately made me leave. At that particular firm, base salary ranges were the same for each job category and all bonus was discretionary. Even after producing more profit and sales than any of my coworkers in the same job category, I was rewarded with a bonus slightly above others and less then some senior people who had more tenure. I got the "oh junior, your day will come, relax." Talk about a buzz kill!

When I became CEO of Skyline, I knew I could not satisfy all of the people all of the time. Instead, I needed to make a cultural commitment that I believed in passionately. Being an interior construction firm in San Francisco is not unique. There's little barrier to entry and lots of competition. The quest became, "how do I develop a unique culture to create a superior client experience and have highly motivated people pushing that commitment"?

I decided on the following structure:

• Incentive based compensation that was measurable and tied into profit, client satisfaction and other key performance indicators

• Have the people who do the work, develop the strategic plan based on the ultimate mission and goals

On the compensation plan: many of your points are right on the mark. Candidly, the peer pressure to comply with the group is there, is on purpose, and is working. With so many competitors in our marketplace, employees who don’t like it have many excellent firms to go work for who will pay them the same salary. However, the statement about higher salary selection employees being coasters or weak, is unfair. Those choices are usually made by employees who just purchased a new home, started a family, have a spouse that is not working, had some personal health challenges that impacted their time at work, etc. We have had employees who made the high salary choice who did "coast" and guess what? The peer pressure to perform was brutal and they left for a competitor. It has happened twice in the last 3 years. That's okay by us. We are who we are and not for everyone.

Finally, as a former college athlete who played on a team, this is anything but "anti team". In fact, it is pro team. A team consists of individuals committed to the same goal, using their individual talents to contribute to the team’s success. Great teams are not always the best players but the players who bring out the best in each person, thus making the power of many better then the power of each individual.

I hope this helps, and I really appreciate all the intelligent discussion around this topic!

David, thanks for checking in... Sent you an email, since you are living this, I'd like to use the great data you shared in your comment as a post next week so all who read get the benefit of your experience. Shoot me a note or give me a call when you see the email and thanks!

While I agree that this type of comp plan is for the executive level folk, I agree with David's structure (we follow most of this at our firm, including performance-based comp/bonuses for everyone) and why some take the higher salary. So many factors influence and motivate employees, and "Great teams are not always the best players but the players who bring out the best in each person, thus making the power of many better then the power of each individual." Amen.