Is Retention Easier In a Down Economy?

A reporter from our local Birmingham newspaper forwarded me a study from SHRM called the "hiring difficulty index."  The running index was an ongoing survey designed to chart how hard it is to hire people at different points in time.  Good idea.  I'm a member of SHRM, why haven't I seen it before??!!

The index suggested that it's getting easier to hire people in a down economy.  I agree that happens, 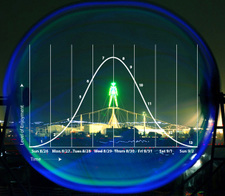 since fewer jobs are available for your talent to jump to.  Voluntary turnover goes down during recessions. It’s a fact that during recessions, fewer jobs are available. It doesn’t take a Harvard MBA to determine that means fewer companies will be actively stalking your talent, which means reduced voluntary churn across your employee base. With unemployment levels in the low single digits for the past couple of years, lower turnover is going to feel like a vacation. The tricky part of this for HR pros is that you can’t sit still. You’ve got to use the time to build your skills and add value in other areas.

Begs the question: Are we doing enough to retain our high performers, or are we assuming that the slow economy and job market preempt this concern?

The results come from research where Leadership IQ surveyed 16,237 employees on a range of workplace issues, then divided them into high, middle and low performers based on their annual appraisal scores.  In what I find to be an interesting (and somewhat ironic) side note, there were 3,896 self-identified high performers, 8,607 middle performers and 3,734 low performers.  A nearly perfectly balanced bell shaped performance curve - how often do we see that in real organizational life?"

I do agree with the study Ann is citing in one important regard- your best talent will always have options.  I also agree that the lowest performers have some sense of who they are (deep down inside), and prepare to hunker down until jobs become readily available again.

So, protect the best talent, even in a down economy.  It's easy to see your turnover down 50% and think you have the problem licked.  You might just have a different problem.

PS - like Ann, I'm skeptical of any study where respondents rank their own performance and it comes back in a normal distribution/bell curve.  It doesn't happen in real life.

Everyone thinks they're a player on the ranch.  EVERYONE!  Perhaps the polling folks started with a goal of having a normal distribution, and kept making calls until they found enough realists to rate themselves as "low performers".  Tough gig, working that survey.... they had to make a lot of calls to fill that "low performer" bucket....

Posted at 04:05 AM in Economics, Employee Relations, Retention | Permalink | Comments (7)

Are you suggesting that I might *not* be a player KD? Say it isn't so.

You should be treating your people like they might leave at anytime. Never take them for granted. I also used to say that you should operate like a union is knocking on your door all of time.

I remember when we had a union run on a warehouse that we had in Santa Clara. This was a complete shock to all of us in HR due to the non-union environment in Silicon Valley. All of the sudden we were bending over backwards for those folks. As soon as the union backed off, we returned to our old ways of ignoring them. I shook my head at the management of that group, but I never forgot the lesson - Treat your people right all of the time.

Ron - agree, that's why I said to protect even in a down economy. The interesting thing is that voluntary TO does go down, which for most folks means the number of reqs they are chasing is significantly reduced...

I'm with you and Ann, Kris. I think the study is bogus. And I think by even asking the questions it does it ignores a key fact. In most ways, most of the time, top performers are pretty much like you and me.

True, there is a subset for whom job-jumping is their Olympic sport and they keep score with money. But that's not most of the boys and girls.

Most high performers want the same things that other people want at work. They want to do interesting and important work with people they like. They want their boss to have a clue and to care about them. They want to be fairly compensated (salary, benefits, flexibility) for their contribution.

Where the high performers differ from the other boys and girls is that they want more challenge and opportunity. Give them that, along with the other things and they'll stay.

Although it seems logical that retention would be easier in a down economy, employers should never take their workers for granted. A recent poll of 5,500 professionals conducted by Beyond.com discovered that more than 60 percent of professionals had switched careers at least twice in the last five years, revealing that today’s workers are more willing than ever to make a career transition. Despite the economic recession, employers should continue to develop and enhance their corporate compensation and benefits packages to avoid high turnover. Employers can retain skilled workers by offering competitive salaries, flexible schedules, and making sure individual employees feel challenged and appreciated.

I took my first loans when I was very young and it helped my relatives a lot. Nevertheless, I require the credit loan once again.