Home Subscribe
Calling Out a Liar As a Manager or HR Pro....
Is Google Squeezing the "20% Innovation Time" Rule?

Your Employee's Tattoo Is Causing a Consumer Confidence Issue...

I know - Tattoos are a part of our culture now.  I have to accept the new norms and not judge people based on the old norms.  I don't have a Tat, and for the most part I don't judge.

Until money's involved.  Then, I think, the marketplace is the ultimate judge.

So, what about the economics of the situation?  Do consumers buy less from tattooed salespeople (selling 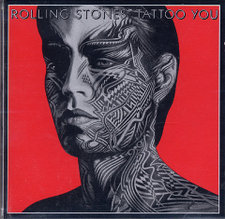 normal products, so don't use the piercing shop as the example) than they do from a comparable salesperson with no ink?

There's a reason a lot of retail establishments have policies against visible tattoos, especially as you move up to higher end products.  Jason Whitlock thinks the economic advantage even applies to TV ratings, even to sports leagues:

"Over the next couple of weeks you'll hear lots of theories about why TV ratings are surging for the NBA playoffs.

But there's one issue driving improved ratings that likely won't be touched by all the NBA talking heads on TNT and ESPN.

Tattoos. Or rather the lack of tattoos in the conference finals.

Part of the reason more people are watching these playoffs is because the average fan isn't constantly repulsed by the appearance of most of the players on the court. Most of the key players left in the playoffs don't look like recent prison parolees.

The only accurate way to describe Garnett, Pierce, Duncan, Allen, Manu, Parker and even Kobe is "clean cut." Yeah, there are a couple of tattoos in that group — Duncan has something on his back, Kobe still has his post-rape-allegation tat — but the Lakers, Spurs and Celtics have far less ink on average than your typical NBA franchise.

I know many of you probably think the number of tattoos doesn't influence viewing habits. You're wrong. Like everything else televised, appearances matter. There's a reason you don't see nude scenes in movies with fat people. Trust me, fat people have sex. It's just no one wants to see it. Not even fat people.

You just want to watch basketball and feel like you're watching people you can relate to a little bit, people you somewhat respect."

Remember - Jason Whitlock said that, not me.  I'm replaying it here because I'm interested in the economic impact of the tattoo.  Take the same talent, same knowledge, skills and abilities, same appearance and the same communications skills in two associates/salespeople.  One has a visible tattoo, one doesn't.  Who closes more business in a mainstream industry?  Who makes more over their career?

I don't know the answer, but I would love to see some research.  To hedge my bets in our household, I told my son while on vacation that having a visible tattoo cuts your career earning potential in half.

I have no idea whether that's correct or not, but I've already learned that personal finance connects with my son better than "my opinion"... He's 8 - god help me when he becomes a teenager...

Personally, I have three tattoos. Two are not visible, and one is on my right inner arm that can be if I don't wear long sleeves. I love my tattoos, I wouldn't have gotten them otherwise, but I understand the impression people still have of them. When meeting candidates, clients, or corporate big wigs, it is covered. However, when not around those groups, sometimes it's not. I think that is a good balance. As long as your tattoos aren't offensive. If they are, then they should always be covered at work.

perhaps it's time for a poll of... how many HR pros have tattoos? i have two! would you not hire me because of it? equal rights for the inked - i think there's something to that. i might look to create a protected class for us.

look, i would never let the tattoos show during an interview for a job. while interviewing candidates, i try to be discrete but sometimes in the summer, it's just impossible. but in front of my own c-suite, eh, i let 'em fly. i let my work speak for itself and the pay, i think it follows.

sorry KD - the halved earning potential schpiel just might not pan out for you. good luck though.

To use a cliché, perceptions are reality. The concept of evaluating people and their ideas on their merits is intellectually unassailable. However, if it were universally practiced, society wouldn't need laws against discrimination and job bias. Certainly, "tatooed" is not a protected class. Many businesses struggle with “grooming standards” as they relate to dress, body art, piercings, hairstyle, etc. Employers can act on their view of customer preference in this area as long as the standard is uniformly applied and accommodates religious practices.

JLee - LOL. You are right, I don't think my "half earnings" thing is correct, although I did see the wheels turning in my son when I said it.

JLee - no tats for me. It's really not a huge issue for me - I would absolutely hire a strong HR Pro with a tattoo, I would just expect the savvy that HRMinion describes above that if you can cover, you do it for first impressions. Once someone knows your work, they will judge you with that in mind to a much greater degree.

I am really interested in some study in this space as I mentioned in the post. What's the economic impact for a tattoo that shows and can't be easily covered when necessary? I'm sure it there, it would be good to quantify...

I saw an interview once with musician Brian Setzer (who is covered with tats) in which he was asked why he didn't have any below his wrist line or above his neck line. His response - "Daddy always said never have a tattoo where the judge can see it".

Good advice, I would think...

Dude, I dunno. The parolee comment rubs me the wrong way. There may be some truth to it, but what does that say about Americans, the relationship to its athletes, and the true nature of race relations?

I replayed the Whitlock quote because I'm interested in the economic impact of the tattoo. That's it, no race, no prison issue, no sports are life theme. Tattoos are equal opportunity when it comes to the judgement issue. Do tattoos equal less cash? I'm interested in having a better answer...

Look up Whitlock (KC Star and Fox Sports) if you want his take on the other issues, but be prepared - it's not what you are expecting.

I think the economic impact of a tattoo has a lot to do with the environment it's in and who it's on. Perception may be reality, but perception varies a lot from time to time, place to place, and person to person.

Kris:
If you do a poll of tatoos on HR people I think you also need to include age as a factor.

Okay, I'll bite (it's nerd-fun).
There doesn't appear to be much research out there on tattoo's and social/economic consequences. There are a few articles that look at perceptions of people with and without tattoos: in general people percieve individuals with tattoos more negatively. It should be noted that these articles are based on nonrandom samples of college students, so selection bias issues abound. (see Seiter and Hatch 2005, Degelman and Price 2002, and Forbes 2001, all in Psychology Reports).

I'm sure there's a larger body of research on appearance in general, but I'm not going to wander down that road right now.

Perceptions are reality? What a 'flat earth' mentality!

The other side of the coin is that many (not all) people who get visible tattoo's do so with the intent that it is "counter-culture," a rejection of mainstream values, if you will. Which mainstream values? The same ones that said it was o.k. to have 'white's only' drinking fountains or that the color of your skin, your religion, and ethnicity determined what place you should take in society. If people who are 'replused' by tattoos and piercings were more honest and open, they might not be repulsed in the first place.

I had a desire to start my commerce, but I did not earn enough of money to do it. Thank heaven my mate recommended to take the personal loans. Hence I received the sba loan and made real my old dream.

I took 1 st loans when I was 25 and this aided my family a lot. But, I need the short term loan again.