The "Candidate Crush" - Snarky Definitions from the World of Human Capital...

Hang out with HR pros, recruiters, consultants or human capital vendors long enough, and you'll find the human capital space has a language all its own.

Here's the first installment in our series of snarky definitions from the world of human capital: 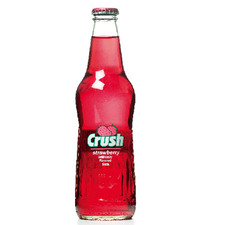 1. The condition that results when a primary recruiter for an opening is too positive on a specific candidate.  Rather than offering an honest assessment of the candidate's abilities compared to others in the candidate pool, the recruiter is more positive than logically reasonable, usually due to the candidate being similar to the recruiter in one of more ways.
2.  The condition that results when a recruiter or hiring manager values the attractiveness of a candidate over all other factors in a search.
3.  Physical discomfort resulting from shaking the hand of a candidate (male or female) with a manly grip.

Usage - "Brenda's usually good at filtering through candidates, but I think this one got through due to a candidate crush.  She went to the same undergrad as Brenda." or "Didn't John separate from his wife a couple of months ago?  Any chance a candidate crush is the reason the new manager looks like Britney Spears before the fall?"

As long as their looks aren't THAT much better... That's a definition for a different day...

Posted at 04:01 AM in Communications, Recruiting, Talent | Permalink | Comments (6)

Ah, the Halo effect. It's so ubiquitous and hard to catch. I've never heard it referred to as a crush but I am totally using that term from now on. It sounds cooler.

Lol, now see I thought this term was when you didn't like a candidate so you raised your thumb and index finger in front of your face and lined up his/her visage in the center, proceeding to "crush the head" of the candidate...

Seriously though I think we're all guilty of this now and then. Once in a while a candidate comes along that is so like us that we can't help but fantasize their success. My co-hiring manager Danielle is convinced this is a male problem and has insisted to upper management that we only use recruiting resources like Dayak (that's a site with a marketplace model, so different recruiters can compete with their own candidates for job slots -- somewhat discouraging nepotism). I guess it didn't help that our former recruiter was cut from more or less the same cloth as myself...a lot of our hires wound up being "success crushes."

Success crush -- that's another one!

this is probably bad... but i don't even deny my candidate crushes. i'll use phrases including, "i'm in love with this candidate!" to express my true feelings. honest assessments will follow of course... but sometimes you need to drive home the point of why a candidate is so fab by making these dramatic proclamations. of course, this also means that i've had candidates break my heart when they've broken up with me. :( accept another job or decline my offer? i go straight for the chocolate and ice cream to console myself.

Oh, LOVE THIS. Please keep the HR neologisms coming. Who knows, maybe we get our own dictionary soon.

Is it bad that I sometimes run around the office saying "Superstar!", complete with hand gestures, when I find a candidate that I really like? I need help...

You all need help.