Home Subscribe
Is HR The Best Choice to Run a Talent Management Program?
Pulling an Offer from a Disgruntled Candidate...

Lot's of folks have covered the the story of Zappos and their practice of paying employees to quit.  The practice?  Get people through the initial training, then offer them $1,000 to quit.  The thinking behind the practice is we'll take the disengaged and give them quick money to leave voluntarily, which makes the company stronger.

Me?  I love the practice and the fact they're thinking differently, but I don't think that's enough cash if you want to get rid of the dead 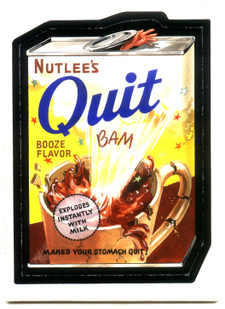 wood/non-engaged.  Here's the rundown from Taylor at Harvard Business Blogs:

"So when Zappos hires new employees, it provides a four-week training period that immerses them in the company’s strategy, culture, and obsession with customers. People get paid their full salary during this period.

After a week or so in this immersive experience, though, it’s time for what Zappos calls “The Offer.” The fast-growing company, which works hard to recruit people to join, says to its newest employees: “If you quit today, we will pay you for the amount of time you’ve worked, plus we will offer you a $1,000 bonus.” Zappos actually bribes its new employees to quit!

Why? Because if you’re willing to take the company up on the offer, you obviously don’t have the sense of commitment they are looking for. It’s hard to describe the level of energy in the Zappos culture—which means, by definition, it’s not for everybody. Zappos wants to learn if there’s a bad fit between what makes the organization tick and what makes individual employees tick—and it’s willing to pay to learn sooner rather than later. (About ten percent of new call-center employees take the money and run.)"

First up, let me say that I love the practice but don't do anything like it, and don't think I would be able to implement it if I wanted to.  It's easy to be critical of a practice and tweak it to death when you aren't the one who's trying to execute it, right?

That disclosure out of the way, let's rip it apart!! The article also said the offer had been increased from $250 to $500 to the current $1,000 over time.  I'm assuming that's because they didn't feel like they were getting enough takers.  My sense is that they'll likely be increasing it again as they get more data back.

Here's why.  Assume the call center employees make $30,000 annualized at the Zappos facility.  That means the $1,000 offer represents a little less than two weeks pay.  If you just landed the job, weren't feeling the Zappos vibe, but needed to work, would you quit?  Probably only if you thought you were ultimately going to be fired in the near term or if you had another job waiting.

So, if you really wanted to trim the folks who weren't getting the Zappo vibe, you'd up the quitting bonus to really entice those, who decided shortly after joining, that they weren't thrilled about the culture, didn't want to be in a call center role, etc.

Of course, the problem with any voluntary package is that as you up the offer, you're going to get more of the talent you don't want to lose taking the offer.  That stinks.  With that problem in mind, perhaps you'd be better off being Darwinian at the end of the probationary period and cutting those you thought didn't think got it, and bonusing the ones who made it.

Of course, that's just my opinion, I could be wrong.  Kudos to Zappos for mixing it up...

Is it about the money or the fact that a company acknowledges that employees have an implicit choice to make? You either want to work here or you don't, Chumpsky. I agree that $1000 may not be the magic number, but the act itself takes the language of victimization out of the workforce. You're not there for the health insurance or the congo line (although those bennies might be great). You're here to do a job, yo.

You are absolutely right about the difficulty in fixing the offer to the right amount. To me, though, this is part of how markets work; at any given price, you don't get the exact same response from every individual, so some unengaged folks will stay on anyway and folks you wished would stay might leave. What you are after is enough unengaged folks taking the offer balanced with enough engaged folks staying. This mechanism allows Zappos to make an adjustment in order to shift that more in the direction they want for a certain cost, and that's what I found really fascinating as a more tangible way to measure engagement.

It is interesting to think about the offer in both the money and symbolic terms. I think the $1000 stands out and agree that it is not really so much about the moeny. Based on the number of posts I have seen about this offer I think it works as it obviously got lots of bloggers' attention so I would imagine it would get the employee attention and that may have been the intention all along.
David

Agree with all the comments, which concur that the move has a lot of symbolic value. I also noted that I'm monday morning quarterbacking a little bit with this one in the orginal post.

With your points noted, give me your perspective on reaching the mythical sweet spot on an offer like this. For a 30K job, what do you think is the right offer to ensure you pick off as many "non buy-ins" as possible while minimizing the loss of the truly engaged?

I'd like to see the Zappos idea and raise it--by an exponent.

What if we redefined the role of search firms to institutionalize the process of confronting people with the possibility of leaving or staying?

Please pop over to

to read more about the idea.

Brief bio: I’m co-author with David Maister of The Trusted Advisor, author of Trust-based Selling, speaker and seminar leader on the subject of trust in business relationships.

Many thanks,
Charlie Green

Your post makes me wonder how many people will try to get the job with the intent on quitting in the first place. Therefore - by raising the amount, they might actually attract more "posers" who really do not want to job - they just want the free $$$.

I love this concept. But, why only offer this in the early stages of employment? I think there can be more deadweight and lack of engagement over the course of the next 5 years. I think an annual "offer" would be interesting. We all know people who hang around a job because they are on the fence about whether they want to stay or not. Sometimes leaving just takes too much effort, so people stay put and just put in their 8 hours everyday. The same thing goes with relationships. People stay in a relationship because it takes to much effort to go through breaking up. What if the significant other offered an attractive "buy-out" to test the couples strength? You get the dogs, I get the plasma tv....