Smoke 'Em If You Got 'Em - German Company Fires Non-Smokers....

Then, society got cracking and made all who smoke a little uncomfortable.  Don't smoke here, here or 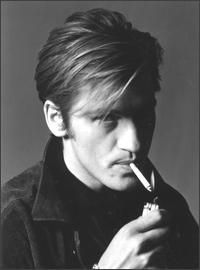 here, and just so you got the message, here's a fishbowl to smoke in at the airport with your friends.

Of course, the whole thing has been good for our health care plans.  Fewer people smoking is good for what ails your PPO.  I'm channeling John Lennon when I say "imagine" if the U.S. made the same shift with Crisco.  Now that would really help the PPO trendline.

Of course, smoking is now seemingly uncool in the U.S.  Other countries however, like Germany, would like to thank you for smoking:

"The owner of a small company in Germany fired three workers because they were not smokers. It seems that their boss (evidently a smoker himself) felt that they were “disturbing the peace” in the workplace by being vocal about their smoking colleagues.

“I can’t be bothered with trouble-makers,” said the boss. “We’re on the phone all the time and it’s just easier to work while smoking. Everyone picks on smokers these days. It’s time for revenge. I’m only going to hire smokers from now on.”

Of course, being anti-smoking doesn't fall in a protected class.   Here's my ridiculous list of other things that are easier while smoking:

1.  Filling out a health history at your local doctor's office.
2.  Helping your son bat during a father/son baseball game.
3.  Engaging a fire extinguisher.
4.  Typing a Blackberry message while driving, and smoking...

Hat Tip to Andrew Scott-Holman, keeper of the best blog in Kiwi-land....

I am like you Kris, grew up with a smoking father and a non-smoking mother. I followed her and my three brothers followed Dad. Glad I modeled Mom. All three of my brothers are pretty unhealthy, while I am not for the most part.

Technically wouldn't this be an unfair dismissal? The employee who complains hasn't reneged on terms of his/her contract and the employer is clearly being arbitrary. Smoking is also a hazard, so the state could be bring complaint on those grounds.

Why is it the employers believe they have rights over-and-above an employee? Is this the last frontier?

I accidently came to live in a village in England called Olney. It is the town where Amazing Grace was written.

"I am lost and now I am found". Until I moved here, I didn't know it was a lament against slavery.