Home Subscribe
CEO's on the Cursing, Yelling "Straight Talk" Express - Leaders or Liabilities?
Should You Reward Managers With Low Turnover?

I love stats on what it's going to take to steal your talent from a comp perspective.  Latest data is from Salary.com via the Working section of the Washington Post:

"If you're like many employees, you'd expect at least 16 percent more money to jump ship. 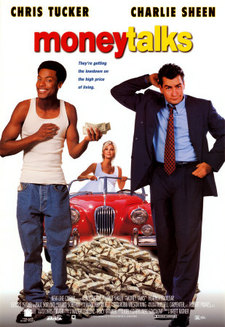 More than one-third of workers would move for a 16 to 30 percent raise, according to a Salary.com survey. Another third would walk for 8 to 15 percent more in the pay envelope. And one in six said it would take a raise of 31 to 50 percent.

Oddly, most employers think it would take less -- 15 percent or less -- to lure away talent.

And employers offer, on average, only 7 percent to persuade a valued employee to stay. Half of employers said they sometimes make counteroffers, but more than a third said they never do."

I think those numbers ring pretty true.  Here's how I get my head around it:

1.  The chronically unhappy or those in danger of losing their job will leave for a lateral pay move or a very small bump.  This number is broken out in the above numbers, but based on the other figures, this is about 20% of the average workforce.

2.  Those who are at least somewhat content by open to hearing the message from recruiters?  The bidding starts with the equivalent of a promotional pay bump, which is the 8 to 15% group.  That's a third of those surveyed...

So the bottom line for those of you following at home...  About 50% of workers are available for the equivalent of a promotional increase.  The rest will be more expensive.

Of course, as with all data coming from Salary.com, it's self-reported data.  Raise your hand if you've ever had an employee print out data from a job that didn't match the one they were in and present it to you as scientific comp data showing a pay issue on their behalf....

So looking at this from the jobseeker's point of view, if the company really wants you, the less interested you appear, the larger the offer they will be motivated to make.

So it's not just important to remember not to be the first to mention a number when asked about salary, but also when being interviewed/courted/networking, it's important to frame your search in terms of seeking more responsibilities, or greater challenges, and not to talk about getting out of a situation that you don't enjoy anymore or how you really want to move on.

You know - as I read this - I'm not sure this data takes into account the current economic conditions. I'm not sure folks are willing to be the last one on the boat for anything less than 20% increase. Too much bad news coming out of the big box these days. I think most passive candidates would really think twice about jumping ship.