I'm not a Wal-Mart basher.  I shop there, and I'm not bothered by the big box store.

But I'm glad I don't have to recruit for associates at the store level, because that would stink.  Not 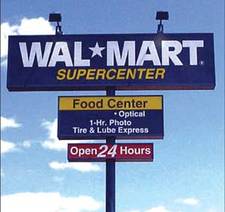 because they don't have good candidates coming through, but they have NO TOOLS to close them.  Comp is middling at best, customers are irritable about 90% of the time, and when you walk out the doors after your shift, you have to do that crosswalk dance where you try not to get run over as the Camry with the tunes turned up decides whether to gun it or be a nice guy 5 feet from the door...

The biggest issues impacting Wal-Mart's ability to recruit are Comp and Benefits.  Since I don't have data on the Comp side, let's look at Benefits.  Ever since that nasty memo came out, Wal-Mart's been on a PR mission to say things are improving.  That's a good thing.  But how good are things really?

Here's some data from a recent press release from Wal-Mart touting the fact that 92.7% of their associates have health care coverage:

So they have health care coverage.  But about half don't get it from Wal-Mart.  Oh, NOW I get it...

Hat tip to John Hollon on this one.  I had the press release in my inbox, then he had something up two hours later.  That's fast coverage I can't match.  But I agree with his analysis - the title to the press release, which touts 92.7 coverage, is opportunistic at best.

That kind of stuff gives spin a bad name.  I think Wal-Mart's better than this.

I think they would be better off comparing themselves to other retail operations. I don't know the numbers but I would guess that most retail operations that rely on a majority of part-timers as employees would have similar numbers.

Back in college, I had a summer job at Kmart. I was trying to save as much money as possible. Therefore, I wanted as many hours as possible.

They would only allow me to work 20 hours a week--more than that (if I recall) would make me a "full time" employee and, therefore, eligible for benefits.

I didn't need health insurance. As a full time student, I was still on my parents' insurance.

If you had forced Kmart to provide insurance to me, there is a good likelihood that I wouldn't have gotten the job at all.

Not all people need health insurance from their employer. If we start requiring it, the people who have the lowest skill levels will be out of a job. I may be worth $5-$6 an hour to you, but if you have to pay my health insurance, my cost to you goes up substantially. Therefore, you'll hire someone who is worth more.

I agree. The trend that I believe and is cited in the press release, and that John Hollon cited, was 60% of eligible employees take benefits in most retail orgs. No question, they would have been better off to show how they have closed the gap.

Evil - The last thing I would want when I was buying hairspray and a copy of GQ back in the day at Wal-Mart is to see someone like you, jaded and judging, behind the counter (ha). I didn't really mean that WM should offer benefits to everyone and drive teens out of employment, just that their spin leaves a lot to be desired. Also, 50% of those eligible would not have included you, and wouldn't you expect the employee contributions to be so high that most people eligible don't take it?

EKM - WM didn't mess up the math in the post - I did. Cancel my rotation through Finance, and I need a vacation....