Why Bashing Hillary or Huckabee is Bad Business for Managers....

I was on the road last week and had the time/location to catch up with a couple of former co-workers.  While politics didn't drive the conversation, we talked for a few minutes regarding the ongoing presidential primaries as part of the banter.  On the flight back home, I was struck by the fact I hadn't had a meaningful conversation on politics, within my workplace, since the primaries began.

I guess that means my HR DNA, to avoid all topics divisive to the workplace, is functioning correctly... 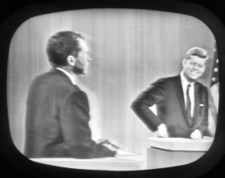 Robert Cenek of the Cenek Report checked in last weekend with a similar post entitled "Political Banter in the Workplace", where he throws out some statistics on the wisdom (or lack thereof) in managers talking politics with their direct reports:

"According to a survey by Vault.com, 35% of bosses openly share their political views with employees, and 9% of workers feel pressure to conform to the boss’ views. Regarding co-workers, 30% of respondents said that a co-worker has tried to influence their choice in an election.

An article appearing at Associated Content reported that 53% of those surveyed believed that politics should never be discussed in the workplace. These results seem to reflect the conventional wisdom that discussions about religion and politics should be off limits during the workday."

To be sure, conversations about religion, politics, race and other sensitive topics are going to happen in the workplace.  The workplace imitates life, so that's just the way it is.

Employees talking to other employees about politics?  Cool, as long as you know that it's a polarizing topic.

The catch comes when those with authority over others begin to flex their opinion muscle as part of their daily banter.  HR people?  Probably need to stay away from polarizing topics, which basically covers any opinion you can have in these areas.    Pick a camp on any of these issues and publicize it, and some folks cease to view you as approachable.  At the end of the day, being approachable by all is a big part of the job.

The same holds true for supervisors.  Pitch a political point of view that your direct reports disagree with, and a change in chemistry is likely to occur.   Let's say 9% of your direct reports feel pressure to conform to your point of view.  That's fine.  What about the other 91%?  They could think that you are 1) wrong, 2) attempting to use your position to influence them (without feeling pressure to conform), 3) telling them in your own way that they don't have a clue, or 4) <insert your own negative outcome here>.

Of course, you could bond with some as a result.  But the negative outweighs the positive in most situations....

Oops! Sorry Kris, the TAG was supposed to be a link! Great stories!

Kris, very good treatment of the topic ! Much more thorough than what I had done.

I like your point about HR folks walking a middle line. That's so true. In all of their actions, HR folks need to remember that they must model desired behavior in the workplace.