Home Subscribe
When Sticker Price in Medical Insurance Reminds You Of Buying a GM Car...
Hiring Manager Sabotage - What's It Mean When Hiring Gets Put on the Backburner?

My latest article is up at Workforce, so check it out.  I'm channeling Tony Robbins, Richard Simmons and Stuart Smalley all at the same time, because I know this is going to be a great year for you... Here's how it starts:

"I was going to fire up a column to start 2008 with my New Year’s resolutions as a U.S. HR manager, 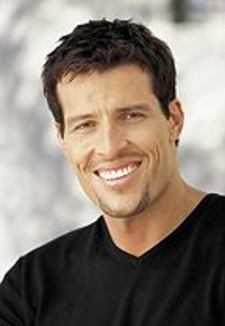 but let’s face it, by February, I’ll be in survival mode and most of the resolutions will be toast. So I’ll take a pass on making that list and just download some self-improvement audio on my iPod instead.

That doesn’t mean that we HR pros don’t deserve a great 2008. To the contrary, we’re due for a great year, kind of like the Red Sox in 2004 before they nixed the curse and won the World Series. With that in mind, I’m REALLY hoping this is your breakout year. So much so, I’m channeling a little Tony Robbins your way with the following heartfelt wishes:

--May this be a year without layoffs for you to administer on behalf of your company. If you have do layoffs, may you be blessed with a management team that understands the value of treating people with respect under such circumstances. May your process be free of rehire offers for less money, and may you be armed with severance packages greater than one week’s worth of pay.

--May you be invited to attend a swanky, company-sponsored, all-expense-paid junket of your choosing. May no one be surprised to see you, the HR pro, at said junket. May you personally not be surprised to have been invited and actually be attending."