Are Leno and Conan Pro-Union or Anti-Union?

Last Friday, NBC laid off the non-writing staff members of its late-night entertainment shows--the "Tonight Show with Jay Leno" and "Late Night with Conan O'Brien." The move had been expected in light of the continuing strike by writers.    Just to be clear - that's an example of employees not currently on strike (regardless of whether they are represented by another union) being laid off due to the striking status of the writers.

Here's where it gets a little weird.  The layoffs happen, then the stars of the shows, Conan and Leno, ante 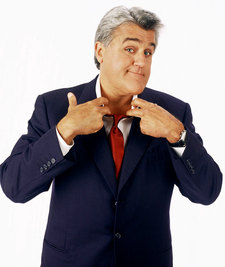 up and decide to pay the non-writing staff members for the next week to keep them tied to the show in the hopes the strike will be settled shortly.  Why?  Because they can (they have the cash) and may be expected to.  From the New York Times:

"Jay Leno, the host of “The Tonight Show,” joined his NBC colleague, Conan O’Brien, in assuring the non-writing staff of his show that he would pay their salaries for this week. The staff was laid off last week by NBC because the shows have been out of production since the strike by the Writers Guild of America.

An NBC spokeswoman, Rebecca Marks, confirmed last night that Mr. Leno had contacted his executive producer, Debbie Vickers, and asked her to tell the staff that he intended to pay their salaries this week.

After NBC announced Friday that it was laying off the non-writing staff of both Mr. Leno’s and Mr. O’Brien’s shows, Mr. O’Brien immediately said that he would pay the staff. Mr. Leno drew criticism because he did not make a similar announcement."

It's a little hard to get your head around this one.  The writers are on strike, and NBC decides to play hardball and lets the strike drag on.  Then, the megastars behind the show (Leno and O'Brien) decide to intervene by paying the wages of those impacted, but not currently on strike.

Does that help or hurt the cause of those currently on strike?  Is NBC happy or sad that Leno and O'Brien are doing that?  I could argue it either way.  My initial instinct was that the more damage there is, the more pressure on the union to come to the table and reach an agreement.  But then I think of the potential for lost talent and think it might be a good thing.  Weird situation...

Hit me in the comments and tell me what you think.  I'm reaching out to the labor blogs for clarity - Mike Moore, Seth Borden, Carter Wood, Connecticut Employment Law Blog, Ohio Employer’s Law Blog and Richard Hankins.

I bet they don't all agree..

I think it actually hurts the union more than it helps for Leno and Conan to pay the non-WGA laid-off staff. Those employees are on lay-off, and unless Leno and Conan continue to pay them, they will go find jobs elsewhere. Will they be available for recall when the strike ends? If not, will it hurt the quality of the shows if they have to go find new staffers, cameramen, etc.? As long as they are being paid, they are almost guaranteed to return to NBC at the end of the strike, assuring continuity in the production and no loss of quality. Having said that, however, I'm not sure that NBC is all that thrilled with Leno's and Conan's move. Consequential job losses would certainly put more leverage on the WGA to resolve this dispute sooner rather than later, to minimize the negative consequences on their non-WGA co-workers. If I was management, I'd be furious with Leno and Conan for taking away some of my bargaining power - although given that they are Leno and Conan, I'm not sure NBC is in a position to do anything about it.

My first take on this is that the writer's strike and the effect on Leno/Conan is not your typical strike. I mean, how many strikes do you remember union members posting YouTube videos that were memorable and funny? This, however, is a battle for public opinion and the internet is front-and-center in this battle. Thus, conventional wisdom about strikes is thrown out here.

Under normal circumstances, I'd agree with Jon that it would hurt the union to have Leno pay the salaries, but I think the opposite is true here -- I think it helps the union. As I said before, the strike is, in some respects, a battle for public opinion. With Leno picking up the tab, there is no "side-effect" story; in other words, there isn't a story in the media about the poor laid off workers who can't feed their kids/pay for health insurance etc. If laid off, NBC would've said -- hey, this is a natural effect of the strike. We kept them on as long as we could but look at the greedy writers and what they've done to these poor workers. But by paying these people, the union does not get that unwarranted publicity and can keep the focus on the issues they want to raise. (I don't think NBC gets any extra kudos for retaining the workers.)

Ultimately, I don't think a layoff or retention is going to make or break this strike or shape public opinion. Money will talk; if and when advertisers (i.e. clients) start complaining loudly, or public opinion really starts to effect either the writers or the networks, it will push the sides closer together. A settlement will only occur when both parties are ready and have suffered enough. (The recent stagehands strike is a good example of both parties realizing that an extended strike would hurt them both.)

In the meantime, the rest of us can watch a winter-edition of Big Brother or the next edition of Survivor.

The payment benefits NBC. The unreal world of entertainment may not be a good jumping off point for evaluating strike management strategies, but in the traditional world most employers will anticipate a strike. They will build inventory, run the plant with managers or permanent replacements. When a strike impacts an insular trade, management may have the goal of keeping the rest of the workforce in tact so it can continue operations or at least have the option. This assumes the other workers will cross the picket line.

Here, NBC gets the benefit of keeping the non-striking workforce around without appearing to give into the writers. In an extended strike, it may want to use the work of replacement writers. However, it had better be good writing. I am sure everyone remembers the quality of play in the NFL when replacement players were used during the 1987 players strike. Nonetheless, football addicts still watched and advertisers still paid.

First off, it seems we all agree that this is no "typical strike" as far as labor-management relations go in the "real world." Forget witty YouTube videos.... when was the last time you saw Eva Longoria delivering pizzas and cases of spring water to a Teamsters picket line in Duluth?

I have a thought in each direction.

On the one hand, Leno/O'Brien's gesture ostensibly helps the striking union by promoting solidarity amongst the employees. They have eliminated the potential for resentment and animosity toward the WGA by the non-striking workers who would otherwise be without a paycheck this holiday season because of the strikers' actions.

On the other hand, the move could undermine the WGA's efforts. The primary purpose of a strike is to disrupt the employer's operations sufficiently to force concessions at the bargaining table. Now, NBC (and others aligned with management here) are saving the money they'd ordinarily be paying the non-striking staff. Yet, the Leno/O'Brien "payroll" will help more seemless resumption of production once the strike ends -- i.e., one less major operational headache for management to consider.

I think Jon, Dan, Michael, and Seth all make good points. You can't analyze this the same way you look at other strikes. I don't think the move is pro or anti union. I can't see how this hurts the union or helps managment in the immediate term -- the shows are still shut down, and the writers are still not getting paid. Neither side is going to cave just because some office person gets some charity from the stars. In the long run, management, the writers, and especially the stars will benefit by preserving a climate where these creative types can get along when this is over.